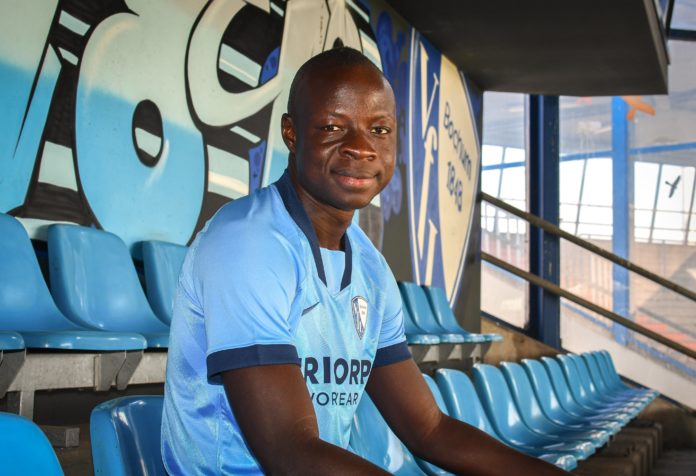 The 27-year-old who played for the Turkish Süper Lig club Gaziantep FK last season has completed his move to the Blue and Whites on a two-year contract.

The former Bechem United man landed in Italy in 2009 and has had a fantastic career in the Serie A and Serie B for over the years.

The 27-year-old started his career at Bechem United, a club from western Ghana.

At the age of 16, Chibsah moved from Bechem to Italy and joined US Sassuolo Calcio and later he went through the U19 at Juventus Turin.

He returned to Sassuolo after short stints with FC Parma, and in 2013 he was promoted to Serie A for the first time with the US.

The midfield anchor also played in Italy’s top league with other clubs like Benevento Calcio and Frosinone Calcio.

During his loan spell in Turkey with Gazisehir Gaziantep, the defensive midfielder made 24 appearances in the Turkish Süper Lig.