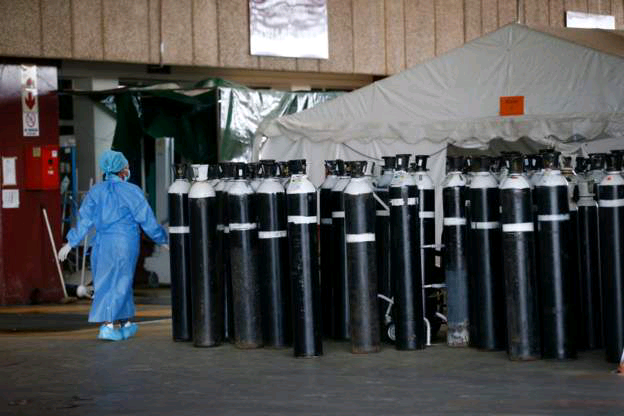 South Africa’s President Cyril Ramaphosa has announced that its land borders will be closed to most travellers until 15 February, in an effort to slow the spread of coronavirus.

In a televised address on Monday night, President Ramaphosa said the pandemic in South Africa is currently at its most devastating, with infection numbers far exceeding the peak experienced in the first wave.

He said there have been nearly 190,000 reported infections since New Year’s Day, and there are currently more than 15,000 people in hospital with Covid-19.

The province of KwaZulu Natal has seen the most cases per head of population in recent weeks, but Mr Ramaphosa said infection numbers in Gauteng are growing exponentially and are expected to increase further as travellers return from their holidays.

Many restrictions put in place at the end of December will be extended.

The ban on alcohol sales remains in force, beaches and parks in hotpots remain shut, and social gatherings are still banned.

President Ramaphosa warned that funerals continue to be super-spreader events.

“Funerals have become a death trap for many of our people,” he said, as he urged people to stay at home.

President Ramaphosa said the vaccine programme that South Africa plans to undertake will be the most ambitious logistical project in the country’s history.

He said that 20 million doses of the vaccine had already been secured, for delivery in the coming months, and that negotiations are ongoing with a number of different manufacturers.