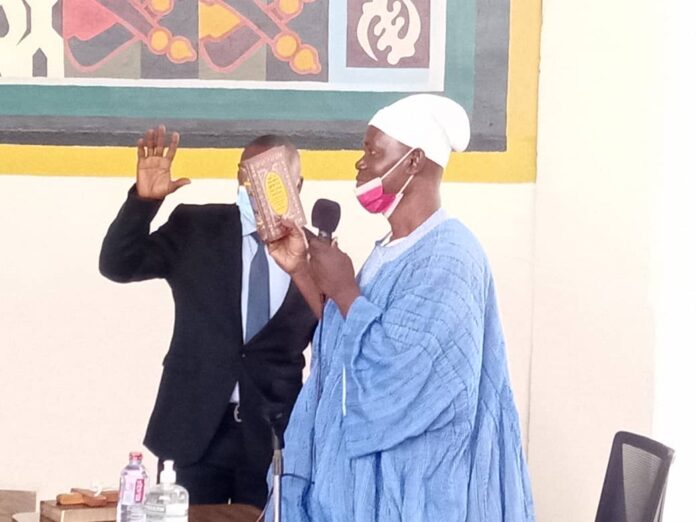 The office of the Dagomba Chief of Ejura in the Ashanti Region has admonished the committee probing the disturbances that occured in the area to be fair in the discharge of their mandate.

Taking his turn to testify before the Justice Kingsley Koomson-led Committee Monday, the chief’s linguist, Abdul Wahab Alhassan, stressed that the Ministerial Committee was set up to uncover the truth and bring perpetrators to justice.

He, thus reminded the committee to do a thorough job to shame their critics.

“You are all people in authority so whatever you will say will be taken by all Ghanaians. So be careful not to disgrace President Akufo-Addo, don’t disgrace yourselves as well, and don’t disgrace the country”, urged Abdul Wahab.

The Chief was however optimistic that the final decision of the three-member Committee will bring peace to the people of Ejura.

“Whatever you will do to bring peace to the whole Ghana, Ashanti Region, and Ejura for that matter, you have the mandate,” he stressed.

A three-member Committee has been set up after President Akufo-Addo gave the Interior Minister, Ambrose Dery 10 days to investigate circumstances leading to a clash between Police and Military personnel in Ejura on June 29, which resulted in the death of two persons. The Committee is also required to submit a report with recommendations.

The deceased met their untimely death while demonstrating against the murder of their colleague, Ibrahim Mohammed, also known as, Kaaka which had occurred two days before the disturbance.

A National Joke: The Cathedral and the Prison

Disquiet among teacher unions over 4-7% base pay increment