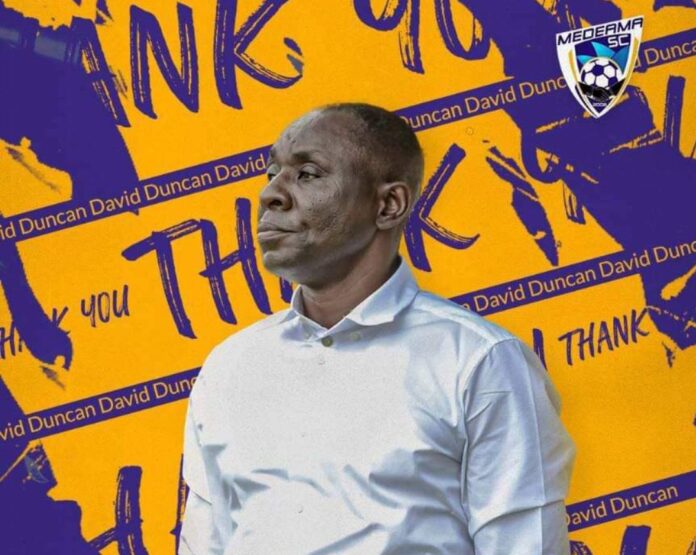 Premier League side Medeama have parted ways with head coach David Duncan after just FOUR MONTHS in charge, the club has confirmed.

The former Ghana’s Black Stars deputy manager joined the two-time FA Cup champions in a high profile move back in September to steer the ambitious side.

However, the club has mutually parted ways with the former Asante Kotoko and Hearts of Oak coach under what the club says are “circumstances”

“Duncan joined the Mauve and Yellow in September 2022, signing a one-year contract.

“However, circumstances mean both parties have reached an agreement to go separate ways after four months.

On behalf of everyone at Medeama SC, the Club would like to place on record its gratitude to David Duncan for his efforts during his time with the club and wish him well in his future endeavour. “There will be no further comment.”