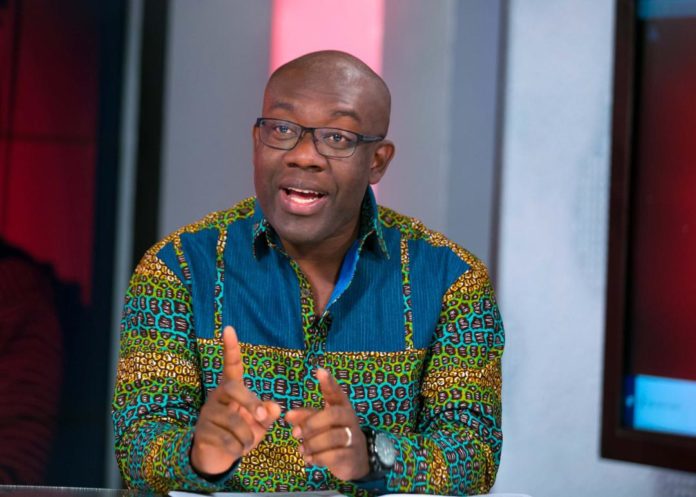 The Information Minister, Kojo Oppong Nkrumah, has urged stakeholders in the political space not to only call out politicization of COVID-19 when government actors respond to their political opponents.

He was responding a question on fresh calls by some interest groups to de-escalate politicization of the covid 19 pandemic in Ghana.

Some key government actors including the Vice President have hit back at the NDC flagbearer John Mahama over his politicization of the COVID 19 situation.
Addressing Journalists at Tuesday’s Press Briefing in Accra, Mr. Nkrumah said government appreciates the call but stressed the appeal could have come earlier.

“These calls are in line with calls we started making from this podium as far back as a month ago. It is unfortunate that the persons making these calls had to wait for Government actors to start responding to the politicization before now stepping forward to join the calls” he said.

The Minister said the nation stands a real risk of losing focus and degenerating into partisan political banter while the real key issue of managing the pandemic is relegated to the background.

“Don’t be silent when your candidate is politicizing the matter only to speak when the other side responds. Other stakeholders in the ecosystem, traditional leaders, religious leaders, CSOs…. don’t sit down for it to degenerate into partisanship before you speak up. Speak up early when one side starts politicizing it so the other does not have to respond. But if you sit unconcerned for one side to politicize it, don’t act surprised when the other responds politically” he added.

Mr. Nkrumah said government and its stakeholders have an opportunity to keep a collective focus to cut out partisanship in winning the battle again the pandemic.