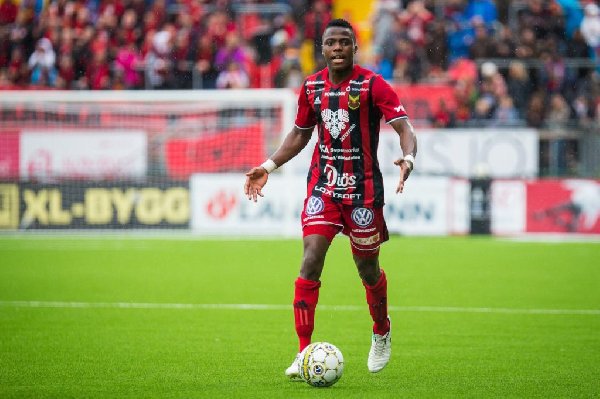 “Dortmund is my dream team and I always pray and train hard to get the opportunity to play for the club one day, ” Kpozo told Dailymailgh.com.

“It has always been my favourite team since I first signed my professional contract with Inter Allies and nothing has changed about that,” he stated.

He added: “I felt extremely in love with Dortmund after my former team mate Alexander Isak joined the club from AIK and told me how their fans treat the players with respect and support even when result doesn’t go in their favor.

“I loved the club before my first contract in Europe for AIK in the Swedish League and I can boldly say that injuries haven’t helped me out in reaching my goal for now but I am still young and I believe at 22 years is not too late to fulfill my ambition to wear the Yellow and Black jersey.”

“Great players like Otto Addo, Bashiru Gambo, Ibrahim Tanko, Mathew Amoah and Kevin Prince-Boateng all played for the great German team and I will work hard to follow in their footsteps,” the Ghanaian noted.

The former Inter Allies and AIK versatile defender who represented Ghana at the 2015 U20 World Cup is currently playing for Ostersund in Swedish top-flight league.

Check out the Ghanaians who made it in Forbes Under 30...