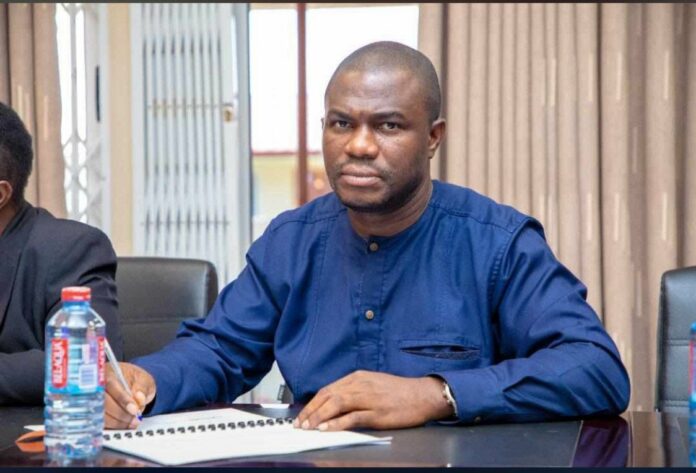 The Ghana Education Service has confirmed Dr Eric Nkansah’s status from an acting capacity to a substantive Director General.

A letter issued on January 4 and signed by the Director of Human Resources at the GES, Angela Frimpomaa Nkansah, addressed to all Regional Directors of the GES directed that all official correspondence and memoranda should therefore be addressed as such.

Prior to his appointment, he was the Technical Advisor/Director in charge of Tertiary Education at the Ministry of Education.

His appointment took effect on October 19 last year after the President terminated the secondment contract of his predecessor, Prof Kwasi Opoku-Amankwa who was asked to return to his previous post at the Kwame Nkrumah University of Science and Technology (KNUST).

Dr Eric Nkansah’s appointment was opposed by many teacher unions who argued that he was not a teacher and wanted the government to reverse the appointment.

The unions at some point threatened strike action if the government failed to reverse the appointment of Dr Nkansah.

Dr Eric Nkansah has over the last 13 years fervently worked as a banker, lecturer, researcher, and financial consultant. He was a Senior Lecturer at the Department of Banking Technology and Finance of the Kumasi Technical University.

He joined the University in 2012 and has since contributed significantly (in the area of teaching, research, programme development etc) to the development of the University. Before joining the University, he was the Sales Manager at the Krofrom Branch of Barclays Bank of Ghana (now Absa) where he worked for over five years.