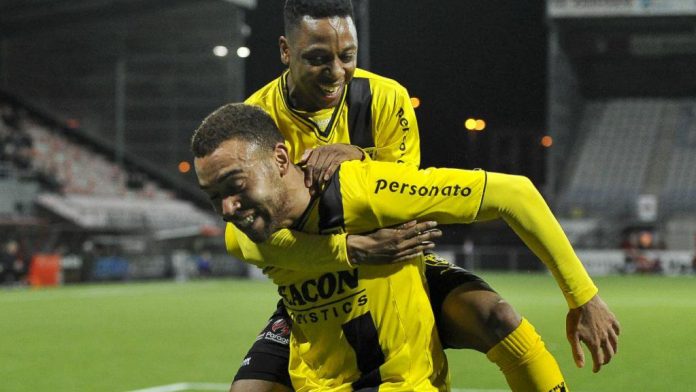 The 29-year-old Ghanaian attacker scored his third goal for his side in the ongoing Eredivisie season as they saw off challenge from FC Emmen in the Dutch Eredivisie to move out of relegation zone temporarily.

Opoku rose highest in the 7th minutes of the game to meet Tobias Pachonik’s cross with a bullet header to give the Yellow and Blacks the lead.

Peter Van Ooijen hit the crossbar inside 33 minutes when he was brilliantly set up by Opoku but the Dutchman’s fine effort was inches away from making it two to the home team.

Ghana’s teen John Yeboah was brought on for the match winner in the 67th minutes.

VVV Venlo’s 2-0 win over Emmen was their fifth victory of the season and are three points clear of the automatic relegation zone with a total of 15 points from 16 matches.