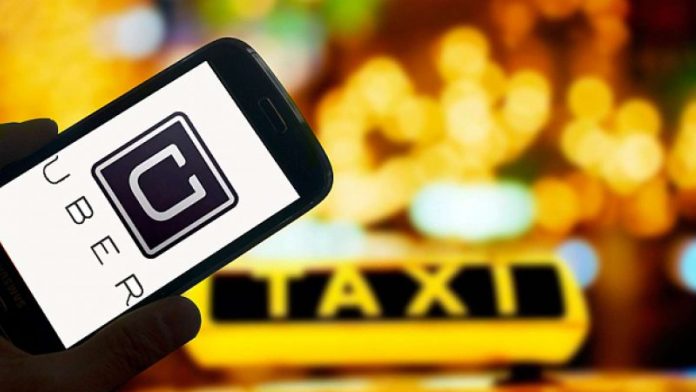 The Driver and Vehicle Licensing Authority (DVLA) will soon begin piloting a new regulatory regime for ridesharing commercial activities such as Uber and Taxify.

The new regulations will provide distinct DVLA identification for the digital transport operators, faster registration and twice a year renewal of road worthiness of the Vehicles.

“The Authority is on the verge of piloting a system to fully regulate the use of private vehicles for ridesharing commercial activities-such as Uber and Taxify,” the Chief Executive of DVLA Mr.Kwasi Agyeman Busia said at the Commissioning of a New DVLA Office in Koforidua.

He added that “the changes would include a clearer identification, a faster registration, and then twice a year renewal of road Worthiness of such Vehicles”.

The new building commissioned for Koforidua DVLA is one of the 29 projects the Ministry of Transport through DVLA has undertaken in parts of the country to improve efficiency and quality service to customers via the deployment of integrated technology and innovation.

Mr Busia also announced that the Authority is ready to implement the Computer-based Voice Over Test for drivers without formal education beginning September this year in six local languages (Ga, Akan, Ewe, Dagbani, Hausa and Nzima).

The Minister of Transport, Kwaku Ofori Asiamah said in a statement read on his behalf by the Technical Advisor at the Ministry that the inadequate DVLA Offices in the country was worrisome and inhibits the enforcement of its mandate of ensuring that only Vehicles certified to be roadworthy are allowed on roads with qualified licensed drivers particularly at a time the country is faced with high road fatalities.

He is therefore optimistic that the ongoing expansion of DVLA Operational Offices and Testing Centers in parts of the country would partly help in addressing this challenge adding that “government will not renege on its effort but continue to expand the frontiers of safety in the Country by Strengthening the Capacity of the DVLA and the National Road Safety Authority as well as the Motor Traffic and Transport Department to ensure discipline on our roads”.

According to the Transport Minister, “government is concerned with the unacceptable road crashes, which ultimately affects the growth of our economy.

The Eastern Regional Director of DVLA, Silvanus Amartefio said the new office will help maximize productivity and swift service to customers in Koforidua and its surrounding towns and communities.

He assured of high maintenance regime for the building to ensure longevity.

All you need to know about HUAWEI FreeBuds 4i