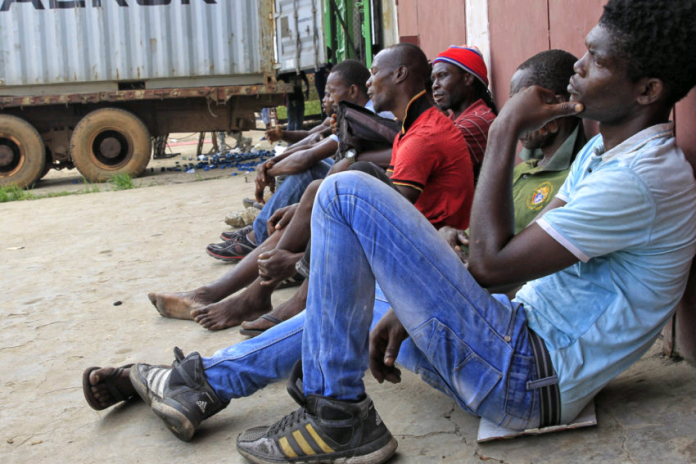 Youth Empowerment Consortium (YEC) has stated that passage of the electronic transaction levy (e-levy) will worsen the already precarious economic woes of the Ghanaian youth.

The controversial 1.75% proposed e-levy was announced by Ghana’s finance minister Ken Ofori-Atta in the 2022 budget read last year with aim to “widen the tax net and rope in the informal sector”.

However, the levy has sparked public outcry hence the minority in Parliament rejected its approval in a chaotic manner during first reading on the floor of the house.

Youth Empowerment Consortium which is an organisation that promote youth participation in Governance, socio-economic development , however explains that ,most users of electronic transaction platforms are the youth who use the platforms to grow their startup businesses , pay for educational related fees and do other day to day transactions, therefore , the youth will be most affected if e-levy is passed.

“majority caucus actually spoke against the policy, it will rather worsen and deepen the problems of the youth in our country and for that matter the government need to consider other avenue that they think they can raise resources to support the development of the country and not just taxing the citizenry and by extension the young people who most are now trying to find their feed via these technological platform because if you’ve come to look at it, you will realize that per our population we as the youth are the ones that really uses these platforms and for that matter the government needs to reconsider it decision to push the levy policy through” The General Secretary of YEC Edward Marfo said this at the sidelines of Eastern Regional Leadership workshop held by the organization in Koforidua.

As part of the workshop, a debate was held by the youth members of Parliament of YEC on the topic “The Proposed e-levy policy by government of Ghana will deepen the Economic Woes of the Youth or Will be everlasting catalyst for national development”.

Edward Marfo told Starr News “What we seek to do is to give the youth a face to face engagement for them to also debate it , tell us what they think and then state their positions, we have already had virtual engagements on this and the outcome was positive and in the number was very high about almost two hundred participated but we are taking it across the regions in as much as the topic remains relevant.We believe that per what goes on here today we will be able to state our position as organization and collectively even be able to communicate it and also submit what we think is important about the policy itself whether it should be passed or it shouldn’t be passed or what the actual outcomes will be “.

The former Eastern Regional Director of National Youth Employment Program (NYEP ) Joshua Atta Mensah challenged the Ghanaian youth to be patriotic and exhibit leadership in all their endeavours.

He said Africa needs visionary leaders to turn the continent around with the abundant natural resources at at disposal.

“The truth of the matter is that if you a black and today you look at the happenings around the globe, you compare Africa or the black race to the Europe and then the America and the Asia’s you realize that Africa is lagging behind , and what Africa needs mostly today is leadership, the right leadership that will take advantage of the potentials in Africa of the qualities that we have and propel us into the future that we all dream to become and so good leadership like people who are selfless , people who are ethical in life , leaders who are truthful and sincere in life , they are the people that we need today to take advantage of the resources that we have and make sure that we propel Africa into the realm or the state that we all want it to be but for now we are far behind”.

Joshua Atta Mensah advised the youth to change their mindset for entering into politics to amass wealth rather become agents of change and transformation .