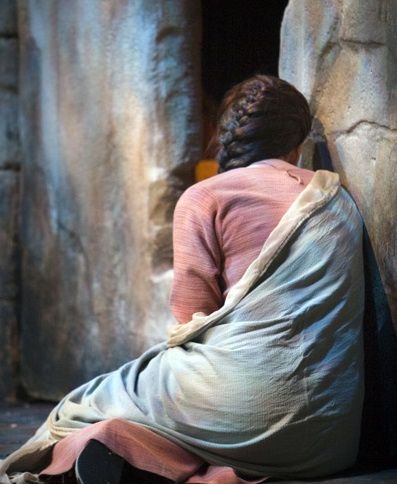 Part 1 – I am surprised that some Christians are calling for sinners like the LGBTQ+ to be stoned to death and on Sunday or Saturday they will go and sing the popular hymn: “Rescue the perishing, care for the dying. Snatch them in pity from sin and the grave. Weep o’er the erring one, lift up the fallen. Tell them of Jesus, the mighty to save…”

Where is that popular hymn today? Where is the love Christ left behind? LGBTQ+, young and old, are sinners like anyone else. Jesus died for them, too.

Those who do what is wrong may succeed in convincing Caesar but they cannot run away from God. God cannot be wrong and we cannot escape Him. Let us say no to the wrong they do but let us do so with the warning and the love of the same loving and angry God. Some believers, if not many, will arrive in Heaven at last, not guilty of fornication, gossip or any other sin but only guilty of not showing love to sinners far and near. Learning to say No to sinners is not what will bring good results but learning How to say No.

The tone of my statement is informed by the tearful confession of somebody who knew God frowned upon his act but said he felt hopelessly trapped in an unwanted body and felt helpless in that trap. The person looked close to suicide. Even if Caesar grants you liberty by permitting you to do what God says is wrong, this freedom has no future.

It reminds me of when I caught a poor-looking judicial service worker on tape extorting money in the line of duty. I decided to warn him and to leave him after I had caught him. I freed him because he was so destitute and near-homeless that, if he got sacked, his already-poor children would suffer and he himself might die shortly after. I observed that he did what he did not because he was greedy but because he was needy. So, I left him. Afterall, I’m doing my investigations in the interest of the needy against the interests of the greedy.

Nobody is perfect yet. Let us continue to pursue perfection and what is right. Let us help those who are not happy being in their state just as God, our Source, would. If we fail to handle things well, we will blame ourselves for that failure. Let us remind them also that people may convince Caesar today but in the end they cannot escape God. And if you are an office holder and you have accepted any form of inducement to use your position to encourage people to do what God says is wrong, the regrettable end of the matter, remember, is not going to be between you and Caesar; it is going to be you and this same God. There is a Day to account.

Let us tell them it is wrong because God says so. And let us tell them with love because the same God is Love. Trust me, God did not create any soul to exist in misery. There is hope for everyone. Let’s handle things as God Himself would today. Tell them it is wrong. Say it as God says it is. Condemn the sinful practice but tell them with love. Save those who want to be saved. They are your own. Don’t ‘shoot’ them. Let us tell them it is far riskier to disobey an unchanging God than to seek and grab approval from a fallible Caesar to do something God does not accept. Let us tell them and let us tell ourselves (the other species of sinners) that there is hope to escape what is coming. Those who will hear gradually will hear. Our passion should not leave our compassion behind. Jesus died for them, too.

If you are a gay or a lesbian or whatever else, I love you because God loves you. But don’t be so proud as to call a sin your human right. God does not know human rights; He only knows human righteousness. I am also a sinner because oftentimes I delay in forgiving those who have done me untold evil. Harbouring pain and refusal to let go against someone is also a sin. If God should come today, He would reject me for not forgiving even my bitter enemies.

God will punish all sinners no matter how small or big their offences weigh on the Scale of Justice in His hand. Even if we were saints, our business should not be to condemn those who are struggling to change. We are saved by grace. For that matter, our business is to love and to support those we are stronger than. The world is suffering today because love is missing in many places. So, if you are a gay, a lesbian, a drunk, a womaniser, a prostitute, a smoker, a fornicator, a liar and so on, I love you because the angry God loves you even as He also demands a change of all of us. If you had a helpless child or a loved one among those classified as LGBTQ+, would you want that helpless child or loved one stoned or saved, to perish or to prosper? Where is the love we owe those who look and feel just like we do?

What God says is a sin, of course, cannot be right in the sight of the same loving and angry God. Leave Caesar on his own. Caesar can grant you boundless freedom to swim in a pool of all manner of vices but he cannot save you and me from the coming wrath which will consume even Caesar himself. I will attempt to speak about the coming wrath in the last part of this piece below, and that should be all from me on this topic. God does not know human rights. He only knows human right-eousness. LGBTQ+, young and old, are sinners like anyone else. Jesus died for them, too.

Some human rights are human wrongs. Don’t trust Caesar. He will mislead you. Just like the mortal schools operate on this planet, there is also ‘a common entrance examination’ to Heaven, with a cutoff mark. We are currently taking the exams, a number of papers per day, and we are being supervised by invisible invigilators. When our individual time is up and the exams are over, that is when we die. And there is a general timeout when the Owner of the World will return as the Chief Examiner to collect our papers. He will come, with a score sheet, a marking scheme and an evaluation criteria checklist called the Book of Life.

He will descend also with everyone’s gradebooks. He will weigh our individual grades against the required aggregate in the Book of Life. Those who fall by some points below the cutoff score will be in the same section as those who fail to score a single point. That is when the doubtful will be convinced at last that there is no little sin and there is no big sin.

When Jesus was drawn into an encounter with some scribes and Pharisees who were self-righteously and judgmentally bent on stoning a woman accused of adultery, he challenged whoever was without sin among her accusers to cast the first stone; then, he squatted and wrote a revealing message on the floor for all those present to see their own secret deeds. By intervening, he wasn’t encouraging the woman to continue sinning as he held the mob from stoning her. He knew what he was about. When the men dropped the stones and left the scene because they finally realised that they were not qualified morally to stone the accused person, Jesus rose to his feet and told the woman: “…Neither do I condemn you. But go and sin no more.”

Let us also think of our own deeds as we seek to think of the deeds of others. No sin is little before God. If we fail to work on our own little sins before we happen to leave this world suddenly or gradually, we and those whose sins we think are bigger than our own today will be handed the same condemnation at Judgement and will together live unhappily ever after as co-inhabitants of the unlikable Hell we have heard about. A gay, a killer, a lesbian will repent and end up in Heaven but a liar, a gossip, a drunk, thinking their ‘little sins’ don’t matter, will fail to repent and for that matter will end up in Hell.

The approaching wrath is non-selective. I’m not a preacher and I don’t intend to be one. That is not my area. I’m speaking to you and to myself based on what I know and believe is true. All of us are heading for a big trouble if we don’t change before it is too late, no matter how small our wrongs are. Anybody can convince Caesar but nobody can escape God. Some human rights, when you pitch them against where the angry and loving God stands, are human wrongs— not human rights.

Don’t trust Caesar. Let us carry our own cross and, rather than condemning those who are struggling to carry their own, support them to change in the best way we can so that we are not consumed by the coming non-selective wrath. LGBTQ+, young and old, are sinners like anyone else. Do not stain your hands today with the blood of a helpless sinner who has a potential to change tomorrow and be like you. Gradually, those who will change will listen and change for good because Jesus bled and died for them, too.

By Edward Adeti, journalist based in Upper East Region