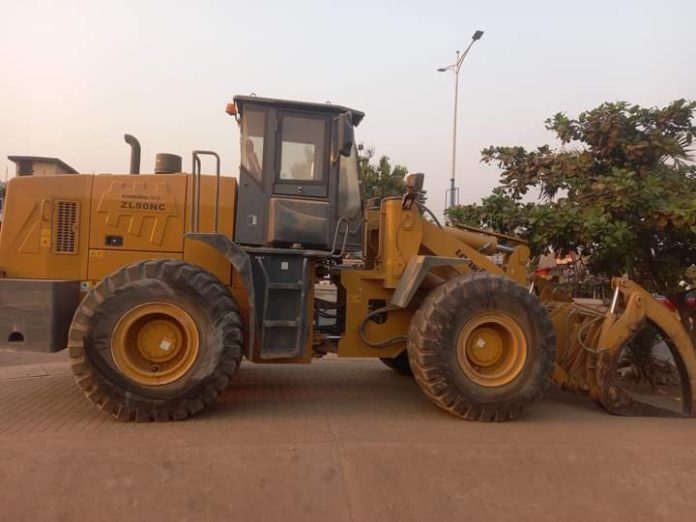 Police at Ejisu in the Ashanti Region have arrested three people after investigating a viral video said to have been filmed on the Accra-Kumasi highway.

The three include owner of a wood company and two others who are currently assisting police investigations, officials have confirmed.

The video captures a scary scene of a loader carrying timber in a busy traffic intersection on the Accra-Kumasi highway, putting lives in jeopardy.

A police officer spotted at the scene who appeared not concerned to take any action, has also sparked public uproar amid safety concerns on that stretch.

Witnesses say the loader was deployed to pick up the logs after a truck transporting them developed a fault close to its destination.

In an interview with Asaase Radio, the Municipal Chief Executive for Ejisu Samuel Frimpong apologized to the public adding processes are underway to arraign the suspects while a search for two others continues.

“Instead of getting the lumber down from the broken-down vehicle, the loader picked one of the lumber and tried to transport it using the main Accra-Kumasi road, meeting oncoming cars and meandering his way through to send the wood. I asked the commander to ensure that a report is brought to my office and to ensure that all those involved in that dangerous act are apprehended and dealt with,” he said.

Samuel Oduro Frimpong said they will carry out education in the area to avert a similar incident in future.

“We are holding a security council meeting tomorrow [Thursday]. We want to educate the users of the road because a school bus was close to the loader and you could see the school children shouting… Investigations are ongoing and others will also be arrested,” he added.