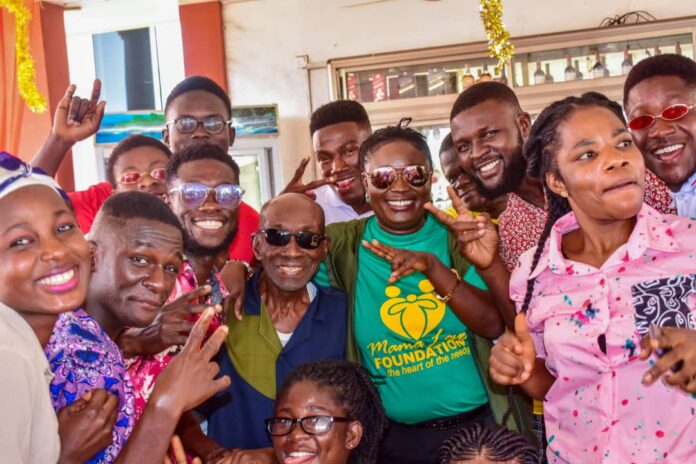 The President of the Obuasi-based Non-Governmental Organisation Mama Love Foundation, Dr Love Konadu has called on Government to make provisions that compel all health facilities to have sign language interpreters.

Speaking at a get-together organised by the Foundation for Deaf and dumb persons as well as Widows in Obuasi, Dr Konadu said Deaf persons usually have a torrid time communicating with medical staff when they go to seek medical treatment because of the language barrier, which sometimes results in some avoidable deaths.

The Ghana National Association for the Deaf (GNAD) says approximately 0.4 per cent out of Ghana’s population of almost 29 million is Deaf, or 110,625 people; by contrast, the Ghana Statistical Service, reports 211,712 as Deaf.

Research shows that sign language is often viewed as an aberration in Ghana. The Deaf are often derogatorily referred to as ‘mumu’, meaning dumb.

It is in line with these challenges that Dr Love Konadu believe that hiring sign language interpreters for health facilities and other public places will enable the hearing impaired to have equal access to healthcare delivery and ease their communication in other public places.

More than 100 deaf and dumb person as well as Widows and their children were given nice treats by the Mama Love Foundation at the annual get-together.

In a related development, Dr Love Konadu at a Marriage Check point summit organised by her other NGO Love K, talked about the importance of marriage saying it is a panacea for the country’s economic woes.

Pastor Samuel Kaakyire Aning, a resident Pastor of the Church of Christ, Obuasi Central has attributed the surge in corruption cases in Ghana to unplanned marriages.

Delivering his speech as the keynote speaker at the 2022 Marriage Checkpoint summit, the man of God said the financial responsibilities accompanying marriage compel those who go into it unprepared to look around for various means of survival including theft and misuse of public funds.

He charged the youth to assess themselves to determine their preparedness to meet the financial obligations after marriage before they enter into it.

Pastor Kaakyire Aning again bemoaned the increasing rate of marriage breakdowns, especially among the youth in the country. He attributed the surge in divorces to a lack of emotional support which can lead to couples denying each other sex and can trigger legal divorces.

“I am appealing to the youth to make sure they are adequately prepared for marriage before they commit themselves. Don’t be influenced by what you see with the eye or sexual pleasure”.

It doesn’t make sense to negotiate with criminals – Bawumia to...