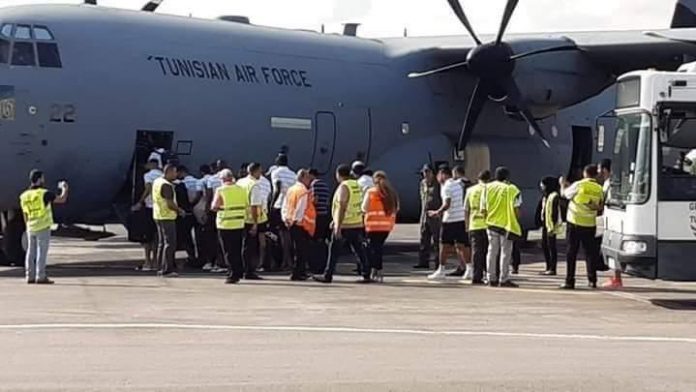 Tunisian side Etoile du Sahel have arrived safely in Ghana for the first leg of their CAF Champions League playoffs against Kumasi Asante Kotoko.

The Tunisian top-flight side arrived at the Kotoka International Airport around 3 pm with a chattered airline.

Kumasi Asante Kotoko will welcome Etoile to the Kumasi Baba Yara Sports Stadium in a match anticipated to offer fireworks from both teams.

The Ghana Premier League giant won their last Champions League game by 2-0 against Nigerian outfit Kano Pillars and would hope for a same or better result in their game against the North African club.

Former Champions League winners Etoile are expected by many football fans to give the Porcupines a tough test compared to Kano Pillars.

Management and the players are very optimistic of securing a win on Sunday whiles Supporters remain very sceptical after the side’s poor display against Ashantigold SC in the BK EDUSEI Cup which they lost on penalties.

When the criminal gets educated