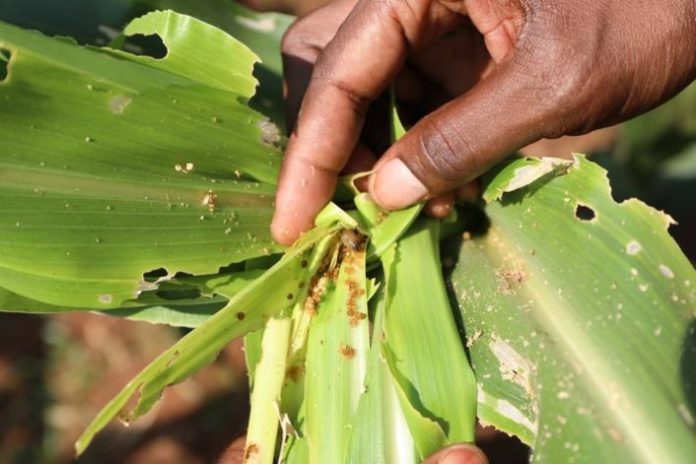 Agriculture officials have announced a resurgence of fall armyworms in Ghana.

Though officials at the country’s Ministry of Food and Agriculture (MoFA) have stepped up efforts to deal with the pest, it is urging farmers to monitor their fields and report early detection.

These are regions where farmers are already struggling to grow their crops because of severe drought.

In the last two years, Ghana is estimated to have lost about US$64 million through the fall armyworm infestation. The pests have since attacked more than 20,000 hectares of farms, nationwide.

Research scientists in the West African nation have prescribed a solution to end the havoc the armyworms have been wreaking on farms.

They are urging the development and use of genetically-modified (GM) maize to stop the destruction the pests are causing.

Professor Mrs. Marian Quain, Leader of the BRP, said studies had shown that genetically-modified maize with in-built disease-resistant genes had the potential to withstand the harmful effects of the pests.