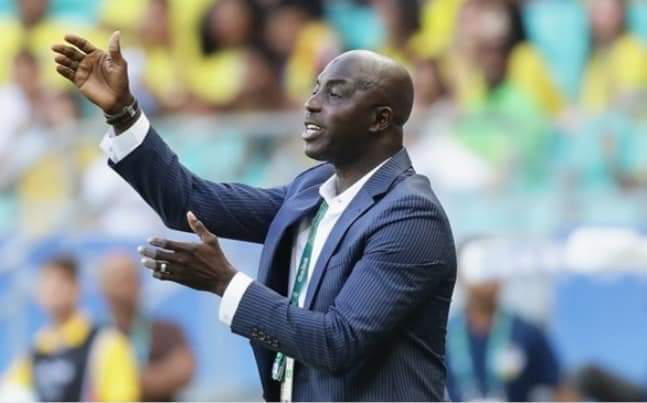 Fifa has banned former Nigeria coach Samson Siasia for life and fined $50,000 for agreeing to “the manipulation of matches.

“In a statement sent by FIFA, Siasia was found “guilty of having accepted that he would receive bribes in relation to the manipulation of matches.”

The sanction stems from an ongoing ‘large-scale investigation’ Fifa is conducting into the behaviour of Wilson Raj Perumal, a convicted match-fixer from Singapore.

Siasia was the coach of Nigeria between 2010-2011 and for a spell in 2016 but it is unclear in the statement when he committed the acts.

Siasia becomes the third African to be banned by FIFA for his links to Perumal after former Sierra Leone FA official Abu Bakarr Kabba and former Botswana FA official Mooketsi Kgotlele was suspended in July for five years and for life respectively.

A former international, Siasia won the 1994 Africa Cup of Nations with Nigeria, for whom he played over 50 times while scoring 16 goals.

‘Come for your locked up cash’ – Gold Coast to aggrieved...