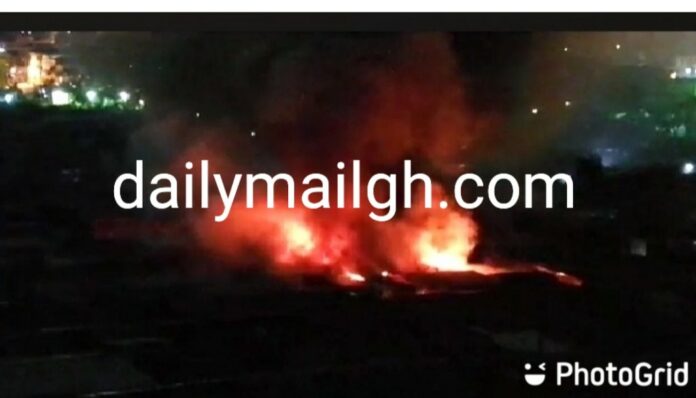 Firefighters have been deployed to douse the blaze which started just before 9 p.m., when shops were closed at the area which serves as hub for cobblers, according to Kumasi-based Zuria FM.

About 30 shops were affected. Items including combustibles, leather and wooden materials, finished products running into millions of cedis were destroyed by the inferno.

“Accessibility is always a problem in Central Market… and the interference from the traders is not good…the 2IC said adding: “They should allow us to do our work, we are professionals”.

“We have started investigating but for now about 30 shops have been engulfed” , he added.

The incident comes just a week after four people were killed in a domestic fire at Manso-Aponapon in the Amansie South District of the Ashanti Region.

Power upsurge coupled with poor wiring systems were said to have caused the blaze, the Ghana National Fire Service said.