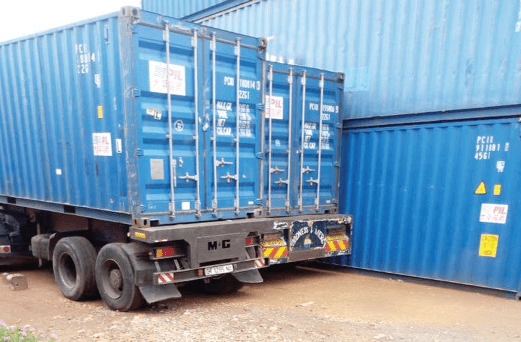 The Marine Police Unit at the Tema Port has arrested five persons for their alleged involvement in the disappearance of 10 containers of canned tomato paste from the Tema Port on May 30, 2019 while transfering the consignment for gazetting and subsequent auctioning.

They are said to have received and transported some of the consignment to Kumasi after allegedly buying them from the clearing agents.

The Commander of the unit, Chief Superintendent Joseph Antwi-Ababio, said his outfit had made a request to the Tema Command of the Customs Division of the Ghana Revenue Authority (GRA) to provide it with further details on the processes that led to the alleged diversion of the containers and the respective roles the suspects played for the unit to press charges.

So far, he said, eight of the containers had been retrieved.

The Tema Sector Commander of Customs, Dr Godfred Okoh-Appiah, said following the incident, management had placed a temporary ban on the transfer of UCL containers from the Tema Container Terminal (TCT) and the Old State Warehouse to the Atlas Freight Station.

“For now, we have been able to retrieve some of the containers and examined the contents just to be sure they correspond with the items listed on the bill of lading and we are working through our networks to enable us to retrieve the rest of the consignment,” he said.

He said the retrieval of some of the containers would aid his outfit to push for the prosecution of the officers allegedly involved in the act.

“We have enough evidence to go through with the prosecution of all persons involved, including Customs officers found culpable, and the command is willing to cooperate with the police to ensure this is done to serve as a deterrent to others,” he stressed.

The commander advised the public to endeavour to do due diligence on consignments from the port that were sold to them.

In a related development, the Tema Command of Customs, on June 1, 2019, foiled an attempt by some persons to divert five other containers said to be a consignment of car batteries which were also being transferred to the Atlas Terminal.

Dr Okoh-Appiah said the consignment, with container numbers PCIU1558065, PCIU1991377, PCIU1803143 and TEMU5297540, had since been sent to the Old State Warehouse, after officials detected that the items were under-declared to evade import duty tax.

He emphasised that the command would conduct further investigations to ensure that the necessary penalties were applied on persons found to be part of the scheme.