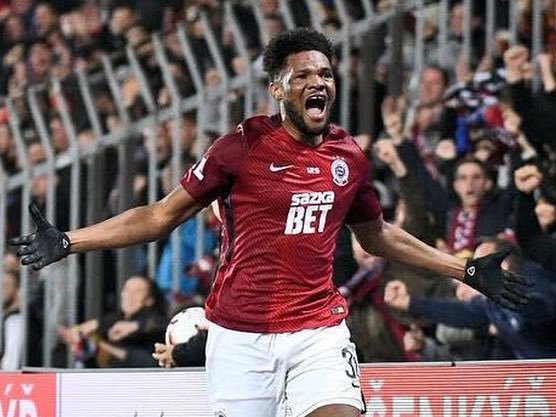 The home team felt behind seven minutes into the game through a strike by the away team forward Ivan Schranz.

Guelor Kanga equalize for the home team from the spot on the 35th minute mark.

The away team scored three minutes before half-time with an eloquent finish from Benjamin Colic making it 2-1 to SK Dynamo Ceske Budejovice.

14 minutes after recess, Srdan Plavsic grabbed the second goal for Sparta to make it 2-2

The Czech giant felt behind for the third time in the match when David Ledecky sent the travelling fans into a jubilant mood on 77th minutes to make it 3-2.

10 minutes to the end of the game, Ghanaian attacker Benjamin Tetteh scored the vital third goal for his team after coming on to replace Georges Mandjeck to secure a point for the home side in a thrilling 3-3 encounter.