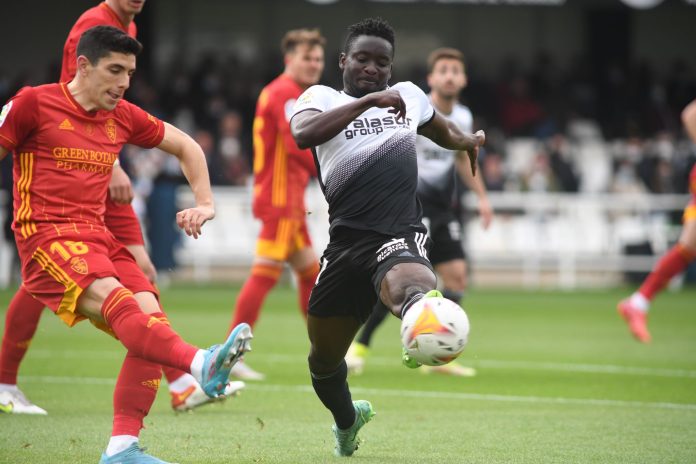 Ghanaian forward Dauda Mohamed grabbed his 8th league goal of the season for FC Cartagena in the Spanish La Liga 2 on Saturday evening against Real Zaragoza.

He scored the second goal for the Black and Whites who thumped their opponents 3-0 to keep their promotion playoffs spot hopes alive.

Julian Delmas scored the only goal of the first 45 minutes of the match to put the hosts 1-0 up 10 minutes away from the interval with a goal that had to be awarded by the help VAR.

Six minutes after the break, Rubén Castro set up Dauda who’s left-footed strike from the left side of the box found the bottom left corner to put the hosts 2-0 up.

Yann Bodiger headed home the third goal of the match to make the final score 3-0 with a close range finish with his head following a cross Castro.