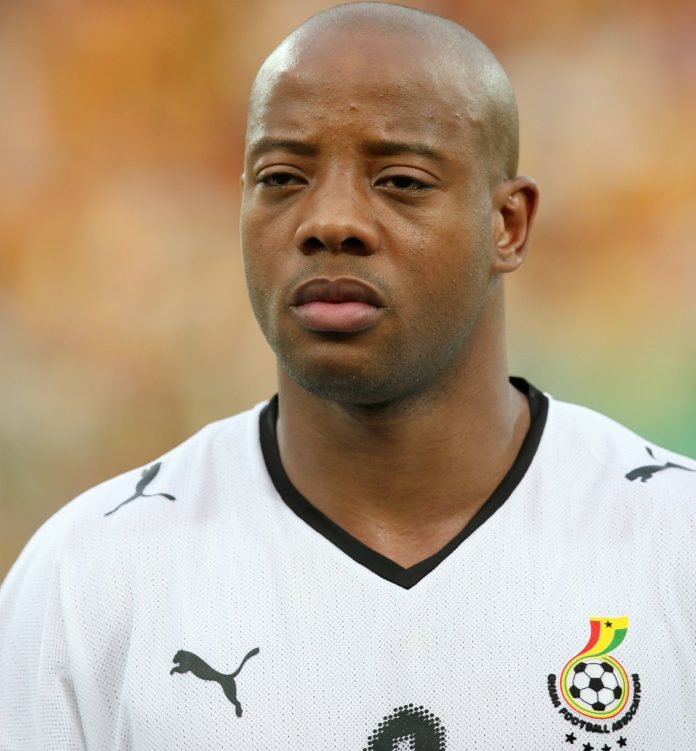 Ex-Ghana tops man Manuel Junior Agogo has passed away on Thursday in the US after battling illness for the past few years.

The Ghana-born former professional footballer who played as a striker shot to fame in Ghana during the 2008 Cup of Nations hosted by the West African giant.

Agogo was born in Ghana but spent most of his childhood in the UK playing for the likes of Nottingham Forest, Bristol Rovers, Chesterfield FC among many others.

He began his youth career at Sheffield Wednesday in 1995, moving up to the senior squad in 1997.

He played for 15 different clubs over his fifteen years in professional football , before retiring from football in 2012.

The ex-Ghana target man spent most of his playing career in England, with additional spells in the USA, Egypt ,Cyprus and Scotland.

Agogo’s longest spell was at Bristol Rovers where he spent 3 years playing for the club from 2003–06 where he made 140 appearances before moving to Nottingham Forest .

Agogo featured for the Ghana senior National Team from 2006 to 2009.

The 40 years old predator finisher became the ladies man and drew a lot of Ghanaian women to the stadium scoring three goals in the final stages of the 2008 Africa Cup of Nations and helped Ghana to a third-place finish, adding to the three club honours he earned during his career.

Agogo scored a total of 143 goals during his professional football career.

Today football loving fans are mourning of its favorite strikers in recent times and would be remembered for having a positive effect on Ghana football by drawing women to the stadium with his stellar performances in Ghana colours.