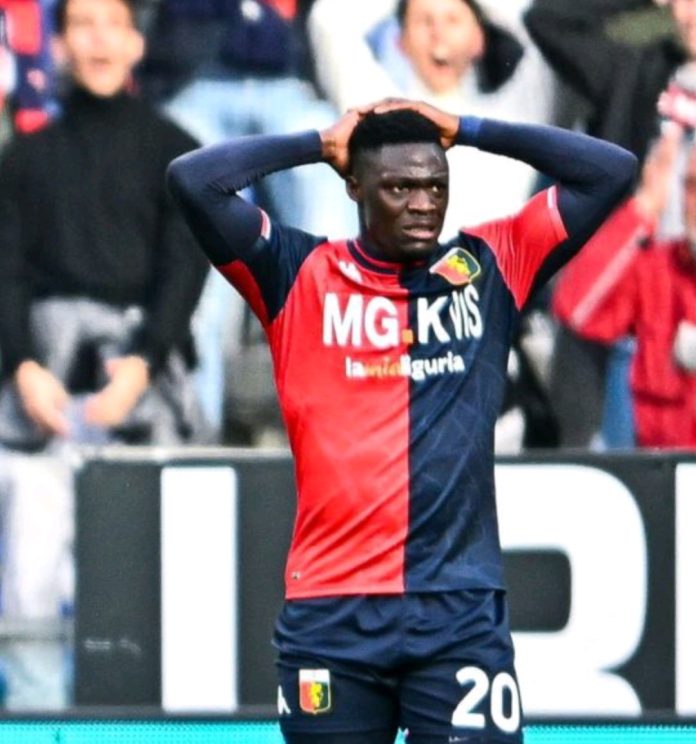 Ghanaian striker Caleb Ekuban went from being the best player in the Turkish Super Lig for his team Trabzonspor to Suffering relegation with Genoa in the Italian Serie A.

The 29-year-old was the most Prolific striker for the Red and Blue team in the 2020-21 season in the Turkish Super Lig with great performances throughout the Campaign.

He netted 10 goals and provided four assists in the Turkish Super Lig alone for Trabzonspor and was the best player in the team at the end of the season.

In all competitions, the Ghanaian forward registered 20 goals involvement to end the season as the Best and most important player of the club with his enormous contributions.

Before the start of the the 2021-22 season, the striker went AWOL to push for a move to the Italian Serie A.

Trabzonspor were keen to keep him at the club and did everything possible to make the 28-year-old stay at the club for the season.

As determined as he was to join another club, the Ghanaian forced his way out of the club to join the Italian Serie A.

After his move to the club in Italy, his former club went ahead to win 2021-22 Turkish Super Lig and secured a place in the next UEFA Champions League for the 2022-23 season.

His move to Genoa didn’t yield any positive dividends as he scored just one goal and provided just two assists in 30 league matches in the Italian top-flight.

Ekuban could be playing in the Italian Serie B if he gets no deal from a top-flight club.

‘Win AFCON or give back the money invested in you’ –...