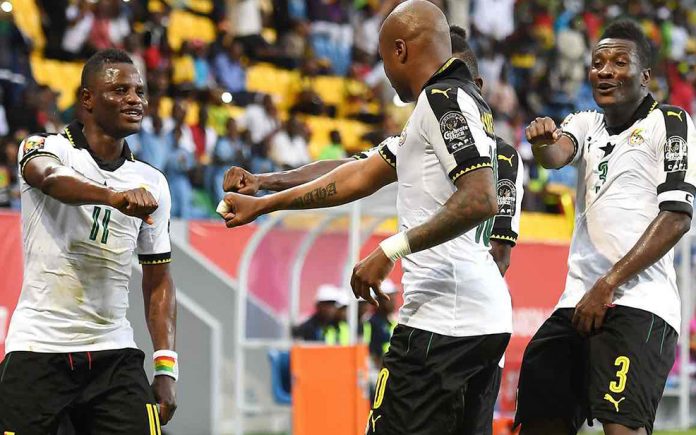 It’s taken four days — during which all but one group at the 2019 Africa Cup of Nations have had their turn — but Ghana finally gets to make its bow at the showpiece.

Tuesday’s opponent is a familiar face: Benin, geographically separated from Ghana only by the narrow strip of land that is Togo. In the football realm, though, the two countries couldn’t be farther apart. Ghana is ranked 6th in Africa and Benin 18th, while 37 teams stand between the pair on the world charts. To further illustrate the gulf in pedigree, consider this: when Benin got its Afcon debut in 2004 (with a Ghanaian trainer at the helm, incidentally), Ghana were already four-time African champions.

Since then, Benin has only made two more appearances at the event (2019 excluded) — never advancing past the first round — and Ghana has reached [at least] the semi-finals of the last six editions, never winning the title.

In a sense, then, these are two teams with unfulfilled ambitions, albeit of differing magnitudes. When they clash on June 25, Ghana would seek its 54th Afcon win — only Egypt has more — as an ideal start to the latest bid for an elusive fifth title, while Benin has the more modest objective of bagging its very first three points in the tournament’s history.

Harmless as Benin might seem, Ghana would be wary of a potential banana peel. The Black Stars haven’t always had the smoothest start to an Afcon campaign; since the turn of the century, only three opening-day games have been won. Thus far at the 2019 Afcon, unglamorous sides have proven prickly: Egypt, Nigeria and Morocco barely held off lowly opposition, Uganda stunned DR Congo, and Guinea were fortunate to get a point off Madagascar. Surely, Ghana wouldn’t want to be so unfortunate, would they?

There are genuine concerns about a Ghana squad that doesn’t inspire too much confidence in fans back home, but head coach Kwesi Appiah should have the arsenal to swat the Squirrels aside. Freshly appointed skipper Andre Ayew would lead the charge, while Asamoah Gyan — if he starts — could prove just as influential, but it’s Atletico Madrid midfielder Thomas Partey who would bear the heaviest burden of expectation.

For Benin — trained by Michel Dussuyer, whose Guinea team was eliminated by Ghana two editions ago — Steve Mounié of Huddersfield Town will be the influencer. The Parakou-born may have suffered a torrid 2018/19 season as Huddersfield got demoted from the Premier League, but he remains key for his country, as was demonstrated with a fine hat-trick in Benin’s final pre-Afcon friendly versus Mauritania.

Remember, too, that it was Mounié’s late winner that secured his country’s ticket for the Afcon in March’s final qualifier against Togo. If Benin are to claim the scalp of another neighbor — albeit one slightly more distant and significantly more illustrious — Mounié would star, naturally.

AFCON 2019: Why Ghana Is Stuck On Four Titles

AFCON 2019: Best Images from the Final