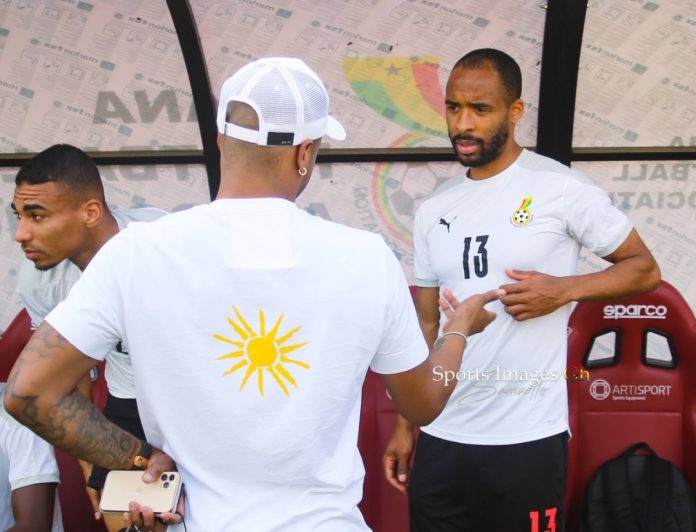 Black Stars captain, Andre Ayew’s watch worth £20,000 has been stolen by a football fan at the Kumasi Baba Yara Sports Stadium during Ghana’s last training before the cliffhanger against Nigeria.

The Black Stars Skipper was left devastated as he could not believe his eyes as he left the Baba Yara Sports Stadium after Black Stars training without his valuables.

Ayew was mobbed by some fans in Kumasi on Thursday after Black Stars’ last training ahead of the 2022 Fifa World Cup playoffs first leg against Nigeria before the sad incident.

Ayew, 33, who has been ruled out of the game due to suspension, arrived at the stadium to support his teammates and welcome the debutants who were handed their maiden call to the national team.

After a successful training and media interaction, Ayew was mobbed by over hundred fans who were hailing him while others wanted to have a picture with him for future memories.

The former West Ham United and Swansea City deputy captain, who is playing in Qatar with giants Al Sadd, lost his watch and gold chain worth around £20,000 in the process.

Although, the person who stole the items was not seen immediately as police escorted Ayew to the team bus, a video circulating on social media had one guy making a confession behind the scenes of having the valuables.

Ghana will play host to the Super Eagles of Nigeria in the first leg of the 2022 FIFA World Cup playoffs at the Baba Yara Sports Stadium in Kumasi at 7:30pm.

The return leg is on Tuesday, March 29 in Abuja.

I feel sorry and sad for cocoa farmers – Mahama