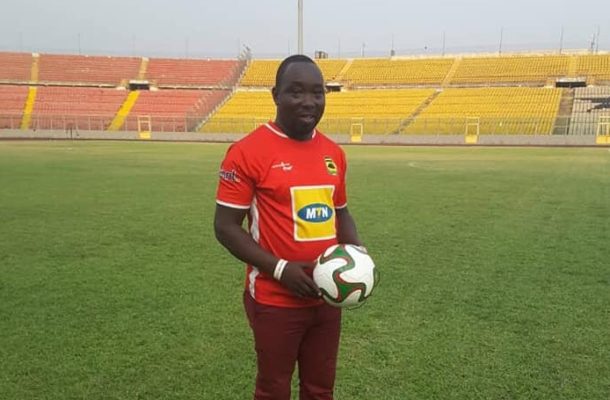 The Committee has, however, decided to suspend part of the ban after considering the plea for mitigation from Mr. Nii Darko. The Committee consequently suspended the period from August 1, 2020 to January 23, 2021. Mr. Nii Darko is therefore banned to the end of the 2019/20 football season which ends in July 2020.

According to the Ethics Committee, should Mr. Darko commit any breach of the Code of Ethics during the next one year, the suspension shall automatically be revoked and the original sanction fully applied in addition to the sanction to be imposed for the new breach.

During the Committee’s sitting on Friday, January 24, 2020 at the GFA Secretariat, the Asante Kotoko Greater Accra Supporters PRO apologized for his comments against both referee Charles Bulu and the GFA President, Kurt Okraku.

Mr Darko further informed the Committee that he had taken steps on Fox FM and Oyerepa FM to apologise for the comments he made. The Committee was also informed of the apology from the National Circles Council of Asante Kotoko SC and the steps being taking by its leadership to educate the supporters of the club.

Below is the decision of the Ethics Committee: