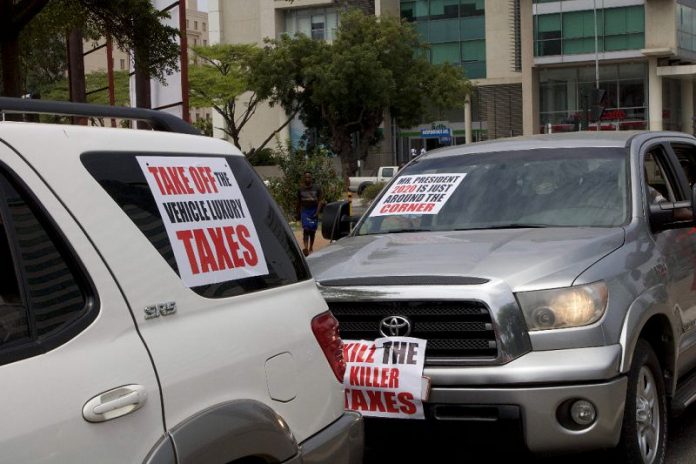 The government of Ghana has withdrawn the luxury vehicle tax which was introduced last year after loads of pressure from car owners.

“We have noted suggestions from the general public on the implementation of this tax. As a listening government, we are proposing to the House, the withdrawal of the levy,” the Minister of Finance, Ken Ofori Atta, said in Parliament on Monday.

“We will continue to improve compliance, expand the tax net and explore other innovative sources of raising revenue,” he added.

The luxury vehicle tax was introduced in July last year to levy vehicles with big engine capacities in line with the sustainable development goals to control emissions and reduce the impact on climate change.

However, almost a year to its implementation, the levy had been met with opposition from many stakeholders.

A coalition of car dealers and owners in March  staged a demonstration against the luxury vehicle tax with a call on government to rethink the tax.

Government had projected a GH¢136.53 million revenue from the tax.

However, revenue collected yielded only GH¢30.19 million in the first quarter of this year.

Power returns to Kejetia Market; traders given July 15 to settle...