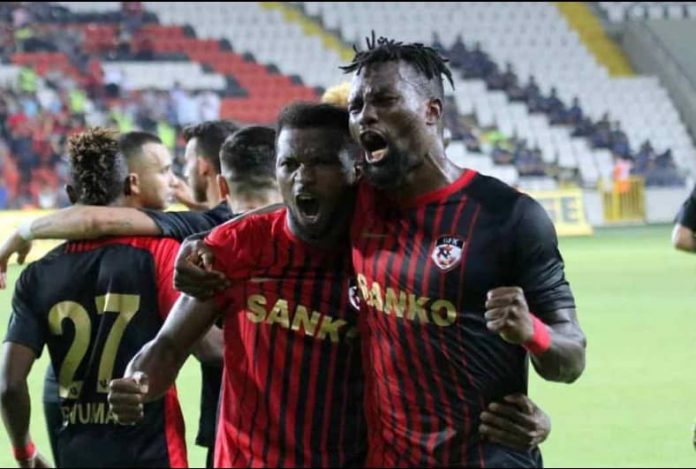 Ghanaian midfielder Abdul Aziz Tetteh was the star at the Gaziantep Arena on Monday evening as his side Gazisehir Gaziantep walloped Genclirbirligi by four goals to one in the Turkish Super League.

Tetteh who joined the newly promoted Suoer League side from Russian outfit Dinamo Moscow was instrumental in the midfield.

Playing in his favourite defensive midfield position, Tetteh shielded the back four and occasionally moved forward to the delight of the home fans.

Former Nigerian Under 17 striker Olarenwaju Kayode netted a first half brace before Guray Vural added the third in the 56th minute with Oguz Ceylan completing the rout in the 72nd minute.