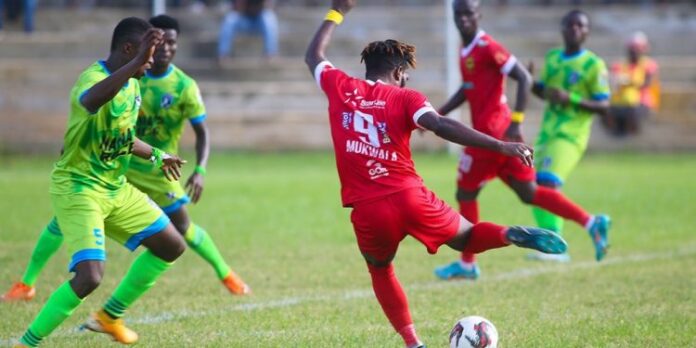 The Porcupine Warriors were chased out of Bechem by the Hunters in the Ghana Premier League outstanding match at the Nana Fosu Gyeabour Park in Bechem.

The Porcupine Warriors went into the game with two wins and one draw from three matches in the Ghana Premier League 2022-23 season.

Bechem United on the other hand boasted of just one win and two defeats in the Ghana Premier League after three matches before Kotoko’s clash.

Stalwart defender Kofi Agbesimah found the back of the net first for the home team in their 2-0 home win against the 2021-22 Ghana Premier League winners.

Agbesimah grabbed the opening goal of the match to put the hosts 1-0 up on the 23rd minute following a spot as the first half ended in the home team’s favour. Striker, Emmanuel Avornyo made it 2-0 three minutes after the hour mark.

The striker cleverly combined with the highly-rated Clinton Duodu to score the insurance goal for the home team.

This is Asante Kotoko’s first defeat in the league for the and their second in all events following the home reverse against RC Kadiogo in the CAF Champions League which they finally exited the competition on penalty shootouts.

Bechem United FC are now 8th on the league standings with 6 points in 4 games whilst the champions remain at 5th place with 7 points after the same number of matches played. The match was also Kotoko’s first league match of the season outside the Babayara stadium.

Bechem United’s victory over Kotoko today is their second win at home in just three seasons with the Porcupines without a win at the venue in their last three visits.

Kotoko had flamboyant in their previous game with an emphatic win over the Green and Whites outfit, King Faisal in their recent match with a win against Nsoatreman and a 1-1 stalemate against bitterest rivals Accra Hearts of Oak SC.

Kotoko will be hoping to bounce back quickly to winning ways when they come up against, Samartex FC who are newcomers in the Ghana Premier League at the Baba Yara Sports Stadium in Kumasi in their next game.