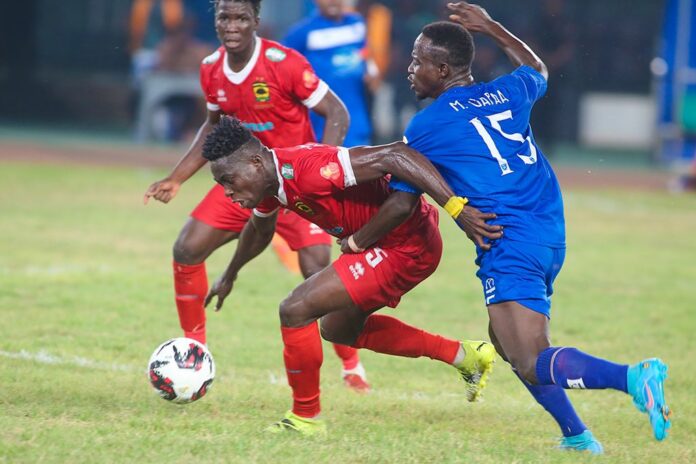 The Pride of the North side silenced the Porcupine Warriors with a 2-1 scoreline in an impressive 2-1 comeback win to hand Kotoko their second defeat of the season already.

Georges Morgue’s 43rd minute goal separated both sides but Real Tamale United came from behind with a spirited performance in the second half to claim the spoils courtesy of Issah Kukah and David Abagna.

RTU were able to stop every attempt by Reds to restore parity after the break and doubled the lead within two minutes through David Abagna after Issah Kuka’s equalizer during the 61st and the 63rd minute.

Kotoko could now go into the World Cup break five points off the top of the table should Aduana Stars win against Tamale City on Sunday afternoon.

The win leaves RTU at the eight position with 11points.