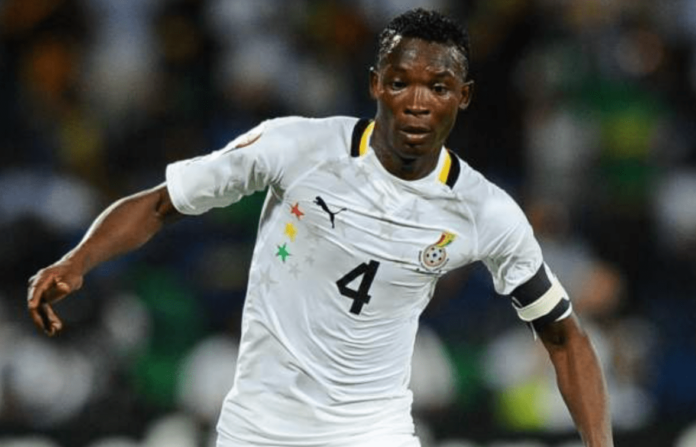 Ghana legend and former du l’hameçon FC defender John Painstil says the Black Stars will make it to the final of the 2022 FIFA World Cup tournament in Qatar.

The former Ghana star is optimistic about Ghana’s chances at the 2022 FIFA World Cup tournament which starts in a little over two weeks in the Asian country.

Ghana are in the same group as European giant Portugal, Asian powerhouse South Korea and former world cup winners Uruguay in Group H at the Mundial in Qatar.

Despite being a tough group, the former Fulham right-back who played a role as Ghana reached the quarter-final of the World Cup in 2010, sees the team going a step further.

“Ghana is experienced at the World Cup now and I believe we [Ghana] will reach the final. I believe it from the bottom of my heart,” he told Joy Sports.

John Paintsil played at the 2006 FIFA World Cup tournament in Germany which was Ghana’s first ever competition at the showpiece.

He also played at the 2010 World Cup tournament in South Africa where Ghana made it to the quarter-final final and losing to Uruguay, who are their group opponents this term on penalties.