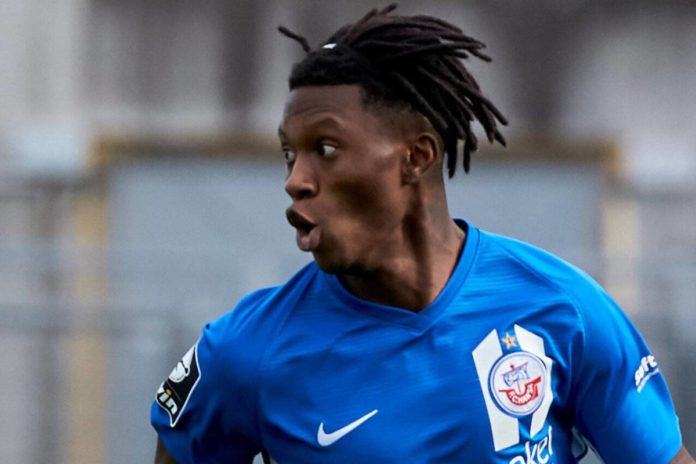 Ghana international striker Aaron Opoku hit a brace for Hansa Rostock in their emphatic 3-0 win at Meppen in the German Bundesliga 3.

The prolific Ghana attacker opened the scoring for the away team with just seven minutes into the game of play to put an early pressure on the host.

Twenty minutes later, the Ghanaian was at it again as he found the back of the net for the second time in the match to make it 2-0 to the visitors.

The first 45 minutes could not produce more goals as Rostock went into the break with a comfortable two goals lead.

Opoku was substituted five minutes after the hour mark in the second half of the match.

Eight minutes from the end of the game, Daniel Hanslik made sure of the points and put the game beyond the reach of the host when he made it 3-0 to the away team.

Opoku, 24, has five goals to his credit this term.