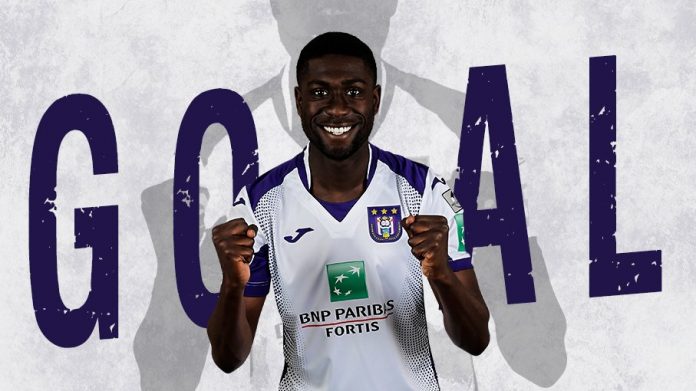 The 24-year-old scored his side’s third and vital goal to send them through to the quarter finals of the Belgian Cup.

The home team scored first on the 12th minute with a goal from Stipe Perica.

Kamer Roofe equalized eight minutes later for the away side before Ghanaian prodigy Jeremy Doku added to the advantage of the travelling team on the stroke of half time to make it 2-1.

Royal Excel Mouscron fought diligently in the early stages of the second half but couldn’t find the back of the net with their early pressure.

Former PSV Eindhoven defender Luckassen made it 3-1 to Anderlecht on the 56th minute mark.

All was going smooth for the away side until the 79th minute when Cedric Omoigui made it 2-3 to set up a frenetic finish to the game.

Anderlecht held onto the lead to win the game by a 3-2 scoreline.