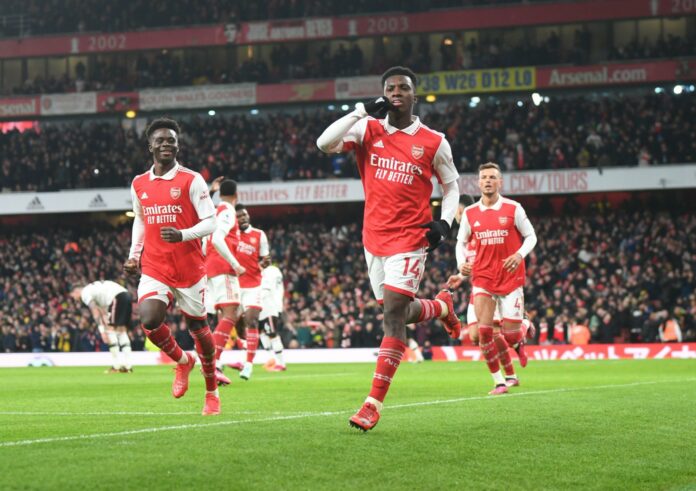 The young striker bagged brace for the Red and Whites outfit as they pipped the Red Devils to go five points clear at the top of the league table after 19 games.

The Gunners came from a goal down to beat the UEFA Champions League chasers at home to boost their Title aspiration on course.

Marcus Rashford scored the opening goal of the match to put the visitors 1-0 up early in the first half before Nketiah grabbed the equalizer moments later.