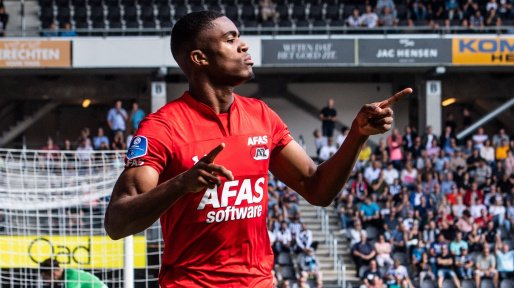 Ghanaian teenage sensation Myron Boadu was on target for AZ Alkmaar in the Dutch Eredivisie on Sunday evening.

The dynamic attacker netted his team’s second goal against FC Emmen in their comfortable 3-0 home win. The home side took the lead in the 36th minutes with Teun Koopmeiner’s converted penalty.

The 18-year-old prolific attacker registered his eighth goal in the Eredivisie season inside first half stoppage time to cushion Alkmaar’s advantage going into recess.

Calvin Stengs made it three with 13 minutes into the second half to send the home fans into ecstasy.

The game ended 3-0 in the home team’s favour.

Boadu has earned a call-up to the Dutch youth team in the upcoming international break.

The case for a new voters’ register for the 2020 elections

Don’t only call for de-escalation of politics on COVID-19 when Gov’t...