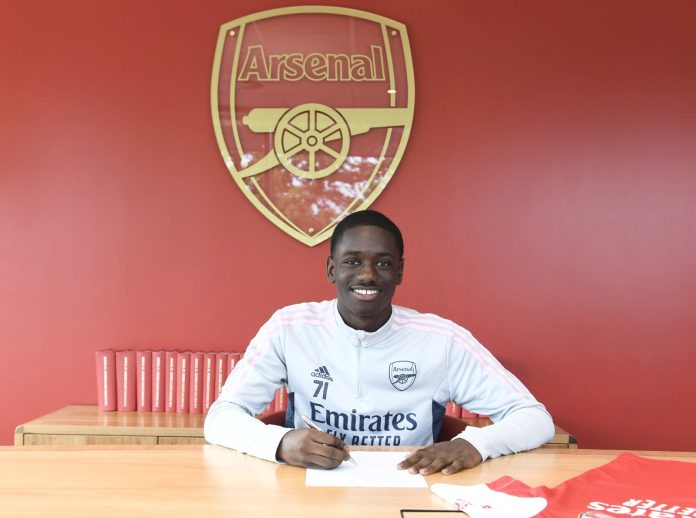 The Ghanaian youngster excelled in the Premier League youth leagues for the Red and Whites outfit and has been rewarded for his hard work last year.

He’s been rewarded with a new deal by the Red and Whites outfit following his explosive performances in the English U18 league for the Gunners.

The young and exciting prospect has to tipped by many football experts in London to reach the highest level of football.

When the criminal gets educated