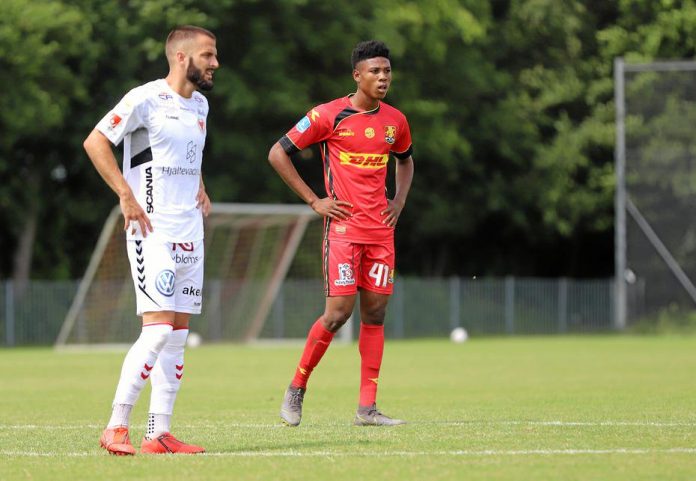 The 18-year-old Ghanaian promising winger scored his team’s second goal of the day when he was put through on goal by former Ghana U20 star Isaac Atanga in the 39th minute.

Abu notched his third of the season for Nordsjaelland and has provided two assists in the league this season.

The young and gifted midfielder left the field in the 69th minute mark when he was replaced by American 20-year-old Jonathan Amon.

Nordsjaelland won the game by a 2-1 scoreline as Isaac Atanga lasted the 90 minutes with Black Satellites midfielder Mohammed Kudus making his return from injury to play the last 10 minutes of the match.