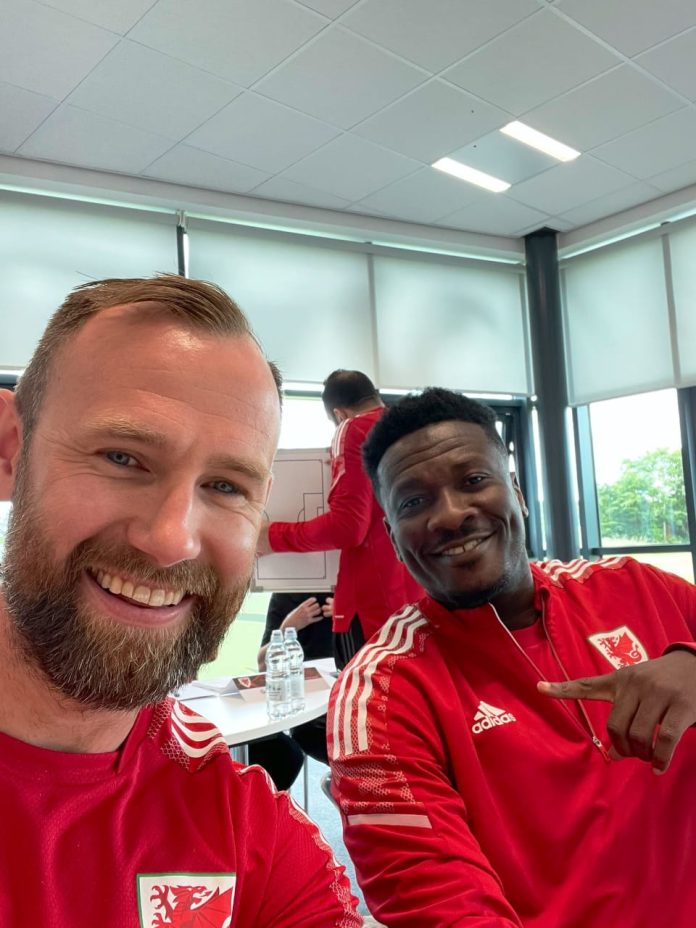 The all time top scorer for Ghana has arrived and begun his UEFA License B coaching course as he begins his journey to become a coach.

Gyan left the shores of Ghana over the weekend and has taken his first step of fulfilling his dreams of becoming a football coach.

He played for English Premier League side Sunderland FC in his heydays in the English top-flight scoring against giants Chelsea FC and other top teams in the league.

He’s all time top scorer for Ghana with 51 goals and was the first Ghanaian to score at the FIFA World Cup tournament in Germany in 2006 when Ghana beat Czech Republic.

He went on to play three World Cup tournaments for Ghana and is the African with most goals at the Fifa mundial.

Gyan played for Legon Cities FC after he returned to Ghana and was on the verge of joining Ghanaian giant, Kumasi Asante Kotoko SC.

He recently launched his book and received massive support across Africa.

Planting for Votes: Agric Minister sets NPP on fire with One...