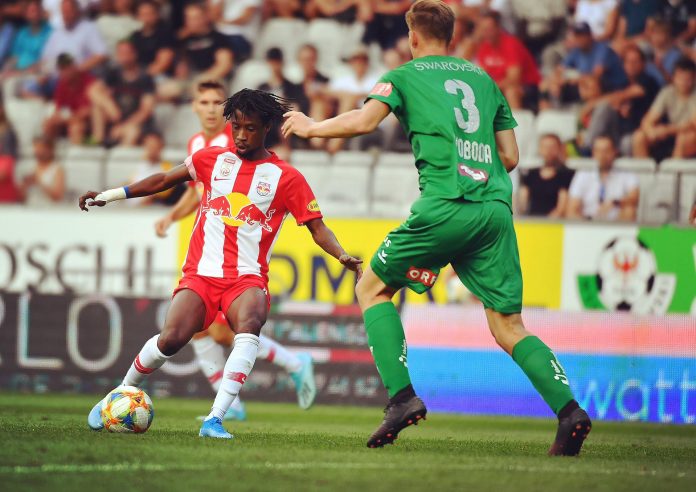 Former West Africa Football Academy player Majeed Ashimeru has been named in the Austrian Bundesliga Team of the Week after his debut for RedBull Salzburg.

The gifted and creative midfield mastermind had the highest rating of the selected 11 by the officials of the Austrian Bundesliga.

The Ghanaian Under-23 international spearheaded and marshalled the midfield to allow his team mates have the freedom to push forward which helped to cruise to a comfortable 5-1 victory away from home.

The 21-year-old combative midfielder scored his first league goal for Salzburg on his debut over the weekend along with a masterful performance which earned him a place in the team of the week.

Ashimeru is part of Ghana’s Olympic team to face Algeria in the last round of qualifiers for Africa U23 tournament ahead of 2020 Tokyo Olympics games.