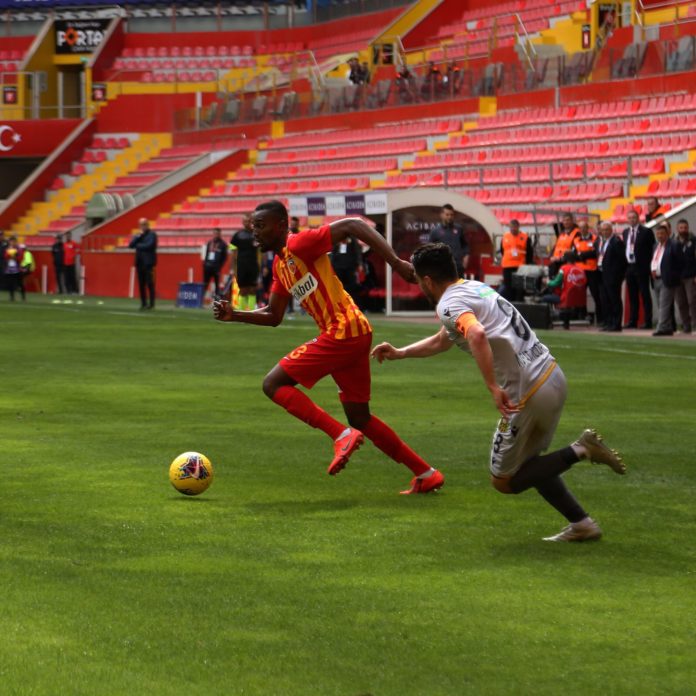 The combative midfield gem provided two assists as his side secured a vital home win in their quest to beat the drop in the Turkish Super Lig on Sunday morning.

Mensah set up Muris Mesanovic with a daft touch half way through the first half to put the host in front.

Three minutes before the half time whistle, the Ghanaian beautifully made the second goal for his team when he set up Pedro Henrique to make it 2-0 to the home team before the interval.

On the stroke of half time, Mensah missed a chance to put the game beyond the visitors when he missed a penalty awarded to his side.

Vidar Orn Kjartansson reduced the deficit for the visitors with 20 minutes left on clock to set up a grand style finish.

Kayserispor held onto their 2-1 lead to record an important win over fellow relegation threatened side Malatyaspor.

Mensah’s side remain bottom of the Turkish Super Lig and are now just three points away from safety.