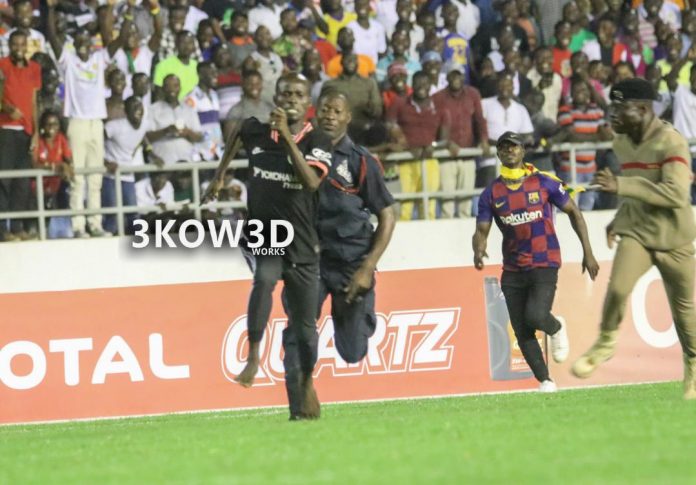 A court in Cape Coast has fined the man who invaded the pitch during the Ghana – South Africa game.

Awal Suleman was slapped with a fine of GhC2,400 ($500) and asked to sign a bond of good behaviour or in default, serve three months in prison.

He was charged on two counts – disturbing public peace and resisting arrest.

Awal is the first pitch invader in Ghana and the security agency is determined to use his case a precedent to serve as a deterrent to future pitch invaders in the country.

Awal was released from police custody last Sunday following his arrest on Thursday evening during Ghana’s game with South Africa in the 2021 Africa Cup of Nations qualifier in Cape Coast.

The 24-year-old met with his idol Thomas Partey of Spanish giant Atletico Madrid who was the reason behind his invasion of the pitch last Tuesday after Ghana returned from Sao Tome and Principe.

Okrah optimistic of Black Stars B victory over Burkina Faso