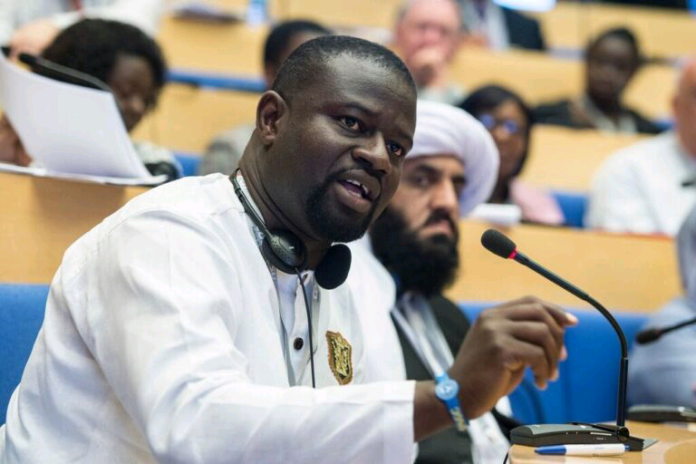 Majority Chief Whip, Frank Annor-Dompreh, says the governing New Patriotic Party is not aware of the challenges of Ghana’s economy and will work at it irrespective of the prevailing circumstances to fix it.

According to him, the current administration is not pretending that all is well with the economy and therefore is taking the best measures to save the situation.

He said the Akufo-Addo administration has come under serious difficulty “then compare somebody that imposed difficulty on himself after run with the chair between his legs to IMF.

We are confident that we will find a homegrown solution to the problems that we are having. We don’t want the situation where the IMF will look in our face and say halt public sector recruitment.”

“We are confident that we can raise the needed revenue within and for a long time a third world country has not been able to do that.

Ghana is setting a good example. If you look at Greece, when it was facing serious economic hardship they run to the IMF. Just a few African countries will say will not go to the IMF, a country like Uganda.

The IMF will say do this and that, we will not and bite the bullet,” he assured in reacting to Minority in Parliament’s grievances on rising price of cost of fuel among others.

The Minority in Parliament has asked President Akufo-Addo to immediately dissolve his Economic Management Team over the wobbling cedi.

The Minority Spokesperson on Mines and Energy, John Jinapor who made the call also asked the government to use the windfall from oil export to cushion Ghanaian consumers.

But, Mr. Annor Dompreh disagrees adding that President Akufo-Addo has not pretended about the difficulties and has said “they will do all they can do for us to come over these challenges we are facing as a country.”

“We want to tell the Ghanaian people that this a government we trust. This government has been transparent with the little that we have been able to raise. This government is not pretending about the current challenges.

“If you look across the globe, Europe, Canada, America we have a relative advantage when it comes to the price of fuel. All of them are struggling in Europe, UK people are queuing to get fuel. So we accept that we are in difficult times but the NDC and the Minority should not come and take political advantage of the situation.

“Our worst is their best and they must be humble enough. We can reference the statistics and we are saying that to the extent that we have not run to the IMF even after a global pandemic. The serious difficulty it brought on us they should not come and lecture us on how to manage our economy.”