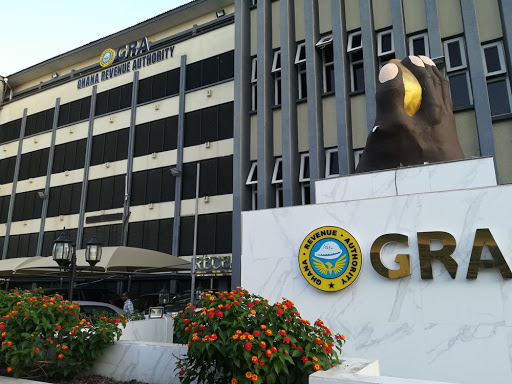 The Ghana Revenue Authority (GRA) has collected GHC25.89 billion in tax revenue as against GHC26.1 billion targeted for the period, resulting in a GHC212 million shortfall.

Dr Charles Addae, Deputy Commissioner in charge of Research, Strategy, Policy and Programmes at GRA, announced this at a media briefing in Accra on Wednesday when giving an update on the country’s tax mobilisation efforts and measures undertaken to shore up the country’s taxes.

He said the tax revenue collected in the first half of the year showed a nominal growth of 25.6%.

Dr Addae explained that if the tax collections from other tax revenue sources such as energy debt recovery, sanitation levy, Valued Added Tax (VAT) and airport charges, the GRA had collected GHC27.17 billion as against a target of GHC27.25 billion, representing a GHC28 million shortfall.

Assessing the average performance of the GRA, Dr Addae said it showed that the Authority was hovering around 47.6%, which was above the 46% recorded over the past five years.

On the contribution of the various regions to the country’s tax revenue, Dr Addae said the Greater Accra Region contributed 60.28%, Western 5.02 % and Ashanti 4.2%.

The rest of the other 13 regions’ contributions to the nation’s tax revenue was very minimal, he added.

Dr Addae observed that with the linkage of the GRA’s database to the National Identification Authority’s database, it discovered that 33,500 professionals, including medical doctors, engineers, lawyers and IT experts who had Ghana Card but did not have tax identification numbers (TIN).

He explained that those elite professionals were earning high incomes and had, therefore, invited them for interrogation to ascertain whether or not, they were paying taxes on their earnings.

“We are chasing them because now we have their house and mobile phone numbers but that doesn’t mean that they don’t pay taxes until we have finished the interrogation,” Dr Addae said.

Dr Addae indicated that the GRA was working collaboratively with German International Corporation (GIZ) and the Local Government, Decentralisation and Rural Development Ministry to digitise and capture houses and properties being used for commercial businesses and residential purposes to charge the appropriate tax rent on them.

He advocated the need to intensify tax education drive and enforcement mechanisms to shore up the tax revenue.

The GRA, this year, set a target of GHC60 billion in tax revenue and based on the first-half performance, Dr Addae believed that it would meet the target.

All set for Bawumia’s public lecture on Digital Economy today