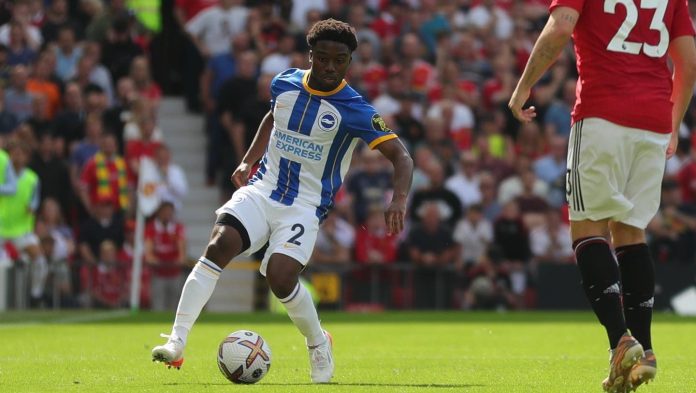 He showed glimpses of brilliance throughout the 15 minutes he spent on the field of play for the Blue and Whites outfit against the Red Devils.

“Great way to start the season, we keep working 💪🏾. Thank you for the support, get home safe “, he Tweeted.

Lamptey was a second half substitute as he came on 15 minutes to the end of the match when his team was leading by 2-1 to replace Leandro Trossard.

He showed his enormous talent in the game as he easily accelerated past the United defense anytime he got on the ball in the minutes he spent on the field.

Pascal Gross scored both goals for the Seagulls as they took all three points from the Old Trafford Faithfuls in an eventful game.

Despite spending few minutes on the field, Lamptey showed why Manchester United wanted to sign him as he tormented Luke shaw till he was substituted and replaced by Malacia.

Brighton are off to a good start to the 2022-23 season after beating Manchester United, a team they whipped 4-0 last season.

Asamoah Gyan on Captaincy ‘Wahala’: ‘I felt betrayed when I was...