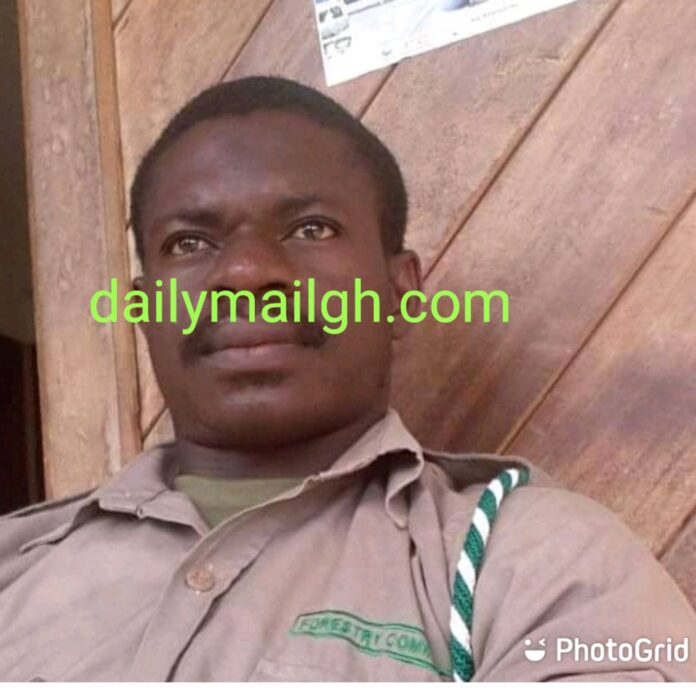 A staff with the Wildlife Division of the Forestry Commission at Kumawu in the Ashanti Region has died from what has been described as a ‘self-inflicted’ gunshot wound.

The incident occured on Thursday, at about 10:00a.m., when the deceased, Seidu Benjamin joined his colleagues with his loaded single barrel gun to supervise the Green Ghana project at Drobonso in the Sekyere Afram Plains District.

The gun accidentally discharged hitting his chin and killing him instantly, officials say.

A District Park Manager of the Game and Wildlife Division of the Forestry Commission, Richard Asare confirmed the incident to dailymailgh.com.

“It was purely accidental. During the Green Ghana [project], I divided the staff into two I asked half of them to do the planting whiles the rest went with me to Drobonso to commemorate the day. When we got to Drobonso I heard something like a tyre blast so I asked the driver to stop. When I got down the other staff started shouting that one of them had died. They said he was holding a weapon and the trigger went off and he died instantly.

When he was shot it affected his head very badly so you could see the brain gashing out and so we had to return and report the matter to the police at Kumawu”, Richard said.

The body of the deceased has been deposited at the Jesus Care Voluntary Mortuary at Besoro for preservation.

Investigations have started into the matter. The gun has been retained for ballistic examination at the laboratory, the police at Kumawu said.

The deceased until his death was stationed at the Bomfobiri Wildlife Santuary at Kumawu.

Richard Asare says his office will take steps to avert such incidents.

“It was surprising that he held a live cartridge while on the field but I am told this isn’t the first time he has done that. What we would do in future is that we will continue to drum home some of these warnings to the staff”, he said.