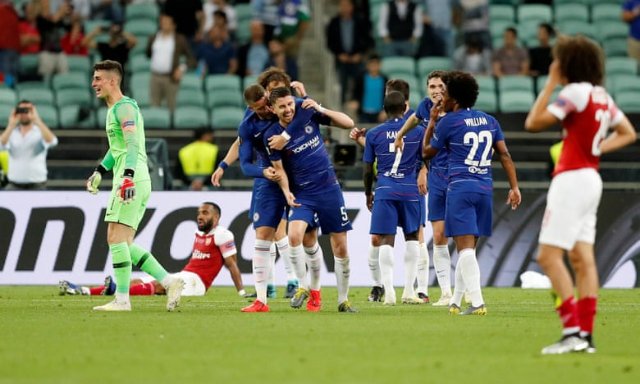 Eden Hazard scored twice as Chelsea beat Arsenal in the Europa League final to give manager Maurizio Sarri the first trophy of his career.

Olivier Giroud opened the scoring against his old club with a wonderful header and Pedro swept past the retiring Petr Cech from Hazard’s cross.

Having set up the second, the Belgian scored a penalty to make it 3-0.

It was a London derby low on atmosphere, 2,500 miles away from home with plenty of empty seats, and those who were there witnessed a dull first half.

But the second half burst into life with the last four goals coming in the space of 12 minutes.

Arsenal miss out on a Champions League place next season as a result of their defeat in Azerbaijan.

Government has been supporting Keta tidal wave victims – Letsa to...