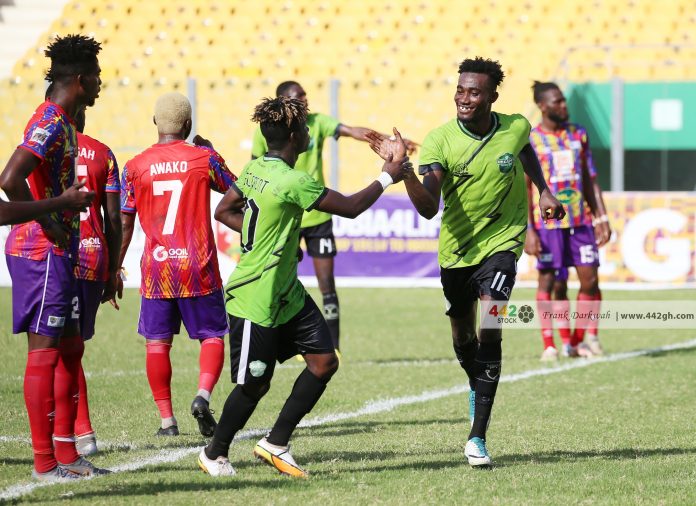 Ghana Premier League champions Accra Hearts of Oak got themselves another win as they beat Dawu-based lads Dreams FC 3-1 at the Accra Sports Stadium on Sunday afternoon.

Former Ghana U-20 captain and striker Daniel Afriyie Barnieh got on the scoresheet once again for the Rainbow Boys.

Hearts took the lead when Barnieh scored in the 4th minute after a rebound fell to his path to make it three goals in his last two matches.

In the 12th minute, youngster Suraj Seidu scored a worldie by smashing the ball into the top corner.

Dreams were back in the game when they were awarded a penalty in the dying embers of the first half which Agyeinim Boateng converted to make it 2-1.

After the recess, Hearts of Oak got their two goal lead back as Dreams FC defender Jalilu headed into his own net.

There were no more goals produced in the game as it ended 3-1 in favour of Hearts of Oak.

The win takes Hearts of Oak to 3rd on the table with 43 points as they prepare for next week’s game against Bechem United FC.