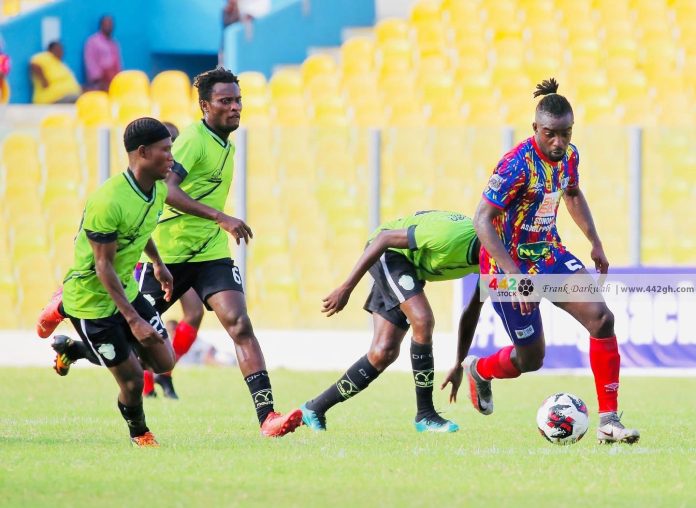 The defending Champions of the FA Cup beat Dreams 3-2 in the semi final to qualify for the final.

Dreams FC scored first through Sylvester Simba in the 3rd minute of the match to give his side a 1-0 lead.

Benjamin Yorke pounced on a rebound in the 10th minute to make it 1-1 after Daniel Afriyie Barnieh’s initial shot was saved.

Hearts got in front for the first time in the match very early in the second half as a through pass found its way to Afriyie Barnieh who blasted past the goalkeeper to make it 2-1 to Hearts.

Suraj Seidu came from the bench to score the third goal of the match to put Hearts 3-1 up.

Dreams fought reduced the deficit to one as the scored their second goal through Kofi Karikari.

The game ended 3-2 as Hearts qualified for the final for a second time running.

Hearts of Oak will face the winner of the game between Bechem United and Aduana Stars in the final next month in the final.

Check out why prices of LPG will shoot up this September,...