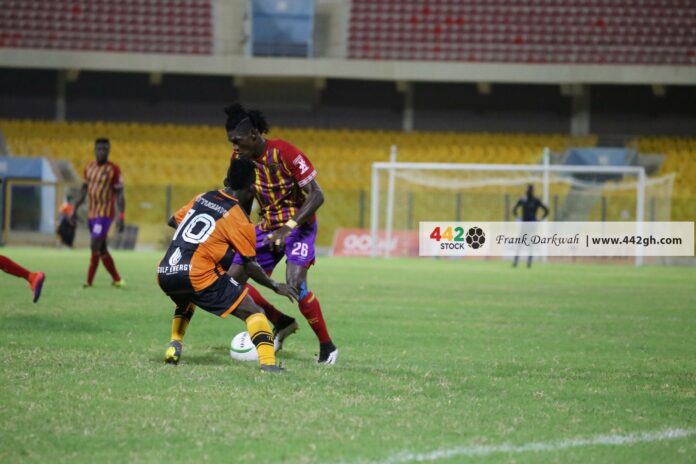 ‘Faulty’ Accra Hearts of Oak played out a 1-1 draw in the Ghana Premier League at home against Legon Cities FC on Sunday evening at the Accra Sports Stadium.

The Phobians had two chances very early in the match and all fell in the way of winger, Razak Patrick who fluffed his lines on both occasions.

On the fifteenth minute, the home team were awarded a spot kick when Razak was fouled in the box but Umar Manaf missed the resulting kick when he he kick could not find the back of the net.

Four minutes later, Jonah Attuquaye latched onto a long ball from the right and went pass Nuru Sulley and his first effort was saved by goalkeeper Richard Attah before he slotted home the rebound to make it 1-0 to the Royals.

Kojo Obeng Jnr snatched the equalizer on the 84th minute mark when he controlled an aerial ball in the box to score a beauty of a goal to save the Phobians from another defeat at home.

Akufo-Addo has built more factories in Ghana than Nkrumah and other...