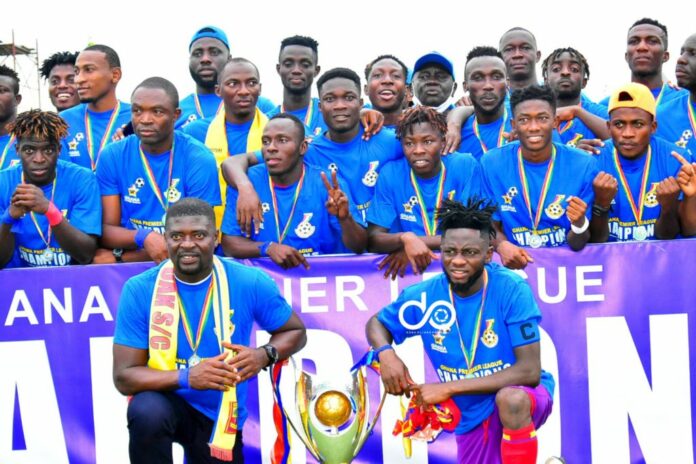 Hearts of Oak’s preparations for the upcoming Caf Champions League has been hit with a major blow after some players and officials tested positive for COVID-19 which could keep them out of the encounter.

The Phobians officially reported cases of COVID-19 in their squad as they prepare to participate in the Caf Champions League.

The Rainbow Boys have been paired against Guinean team CI Kamsar in the preliminary stage next month.

As part of their preparation for the upcoming games, Hearts underwent a mandatory testing on Thursday which has some of the players and officials testing positive therefore been sent into a fourteen-day quarantine.

The affected players and officials would likely miss the trip to Conakry for the first leg on September 10.

“The management of Accra Hearts of Oak is hereby notifying the club’s fan base and the general public that having carried out mandatory testing of its players and officials for COVID-19, a few of the members tested positive for the virus,” a club statement read.

“Those affected are currently in isolation, though they are all asymptomatic and in good spirit. We want to assure our supporters that this development will not hamper our preparation for the CAF Champions League.”

“All the players and officials will be retested and even more stringent measures put in place to ensure no further spread of the virus.” “We will once again take this opportunity to encourage everybody to observe the associated protocols at all times, as we continue to adjust to life with this deadly virus.”

Hearts will travel to Guinea to play CI Kamsar in the first preliminary round of the 2021-22 CAF Champions League on the 10th of September.

Menzgold falls on PAYBOY to negotiate payments with customers