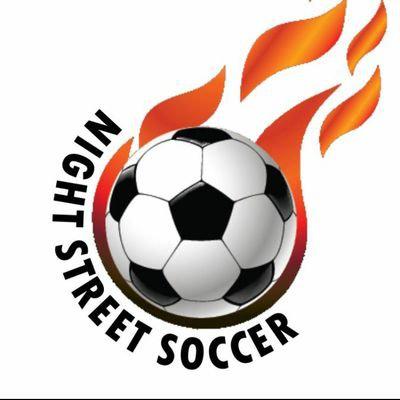 The Night Street Soccer League in Ho will Mark its first anniversary on Monday, 18 May 2020 with pictograghs on social media.

The photograph which will be displayed online would demonstrate precautionary measures as part of efforts to stem the spread of the coronavirus pandemic.

The League is an initiative to help curb social vices amongst the youth in the Ho Municipality. Every Thursday night, Patrons, both young and old converge at the Nfodzo Park at Anlokodzi, an area noted for notoriety among its youth.

Players displayed astonishing football skills trying to find the back of the net in a 5 feet goal post which is usually difficult scoring at any giving angle.

This does not only serve spectators the joy and excitement that come with watching football but rather exhibits the glamor from the beautiful game.

Vanakpoe FC, winners of the maiden edition accumulated 19 points after ten-match days after going past rivals Bankoe FC with a goal difference as both teams finished the league with 19 points.

In the Volta region, football is the most revered sport, clubs like Voradep FC, who were 1992 FA Cup winners and Kpando Heart of Lions domination in the Ghana Premier League in the 90s and 2000s respectively brought some form of excitement to indigenes reasons why the Night Street Soccer League which has a community attachment was embraced by all.

The Night Street Soccer League also came at a point where football was missed in Ghana and the Volta region due to the Tiger Eye PI investigative piece the ”Number 12” which brought football games in the country to a halt.

“Overly achieved, if you should ask me,” she said.

“The people of Anlokodzi embraced the league, other invited communities embraced it, folks and spectators were awesome and always made it a point to be present at the games venue on Thursday evenings just to catch a glimpse of a night community 5 A-side league,” she added.

“Our aim was to organize a football league in the community to change the narrative and negative perception about the people and truly we used football to achieve that,” Acorlor said.

“As we await the deadly pandemic, coronavirus to leave us, hopefully the Night Street Soccer League will return bigger and better than last years.”

Due to the ban on football activities management has decided to mark the day with pictographs on social media illustrating precautionary measures in a bid educate the masses on the need to stay safe.

“A photoshoot will take place at the Nfodzo Park, where a demonstration will be made on frequently handwashing with soap under running water or the use of alcohol-based hand rubs among other safety protocols”.

Miss Acorlor added, “in the mean time I would like to urge the public to use face masks all the time and cover thier mouths and nose with a flexed elbow or tissue, when coughing or sneezing, and throw away the tissue into a closed bin”.

“Avoid close contact with anyone who has cold or flu-like symptoms”.

”Go to the doctor if you have a fever, cough, or feel that it is difficult to breathe and how to wear and dispose of face mask”.

The next season of night street soccer in Ho is expected to kick start in earnest immediately the president gives the green light for sporting activities to begin.

Management intends to increase the number of participating teams next season.

I don’t have issues with Nyantakyi – Ghana FA boss Okraku